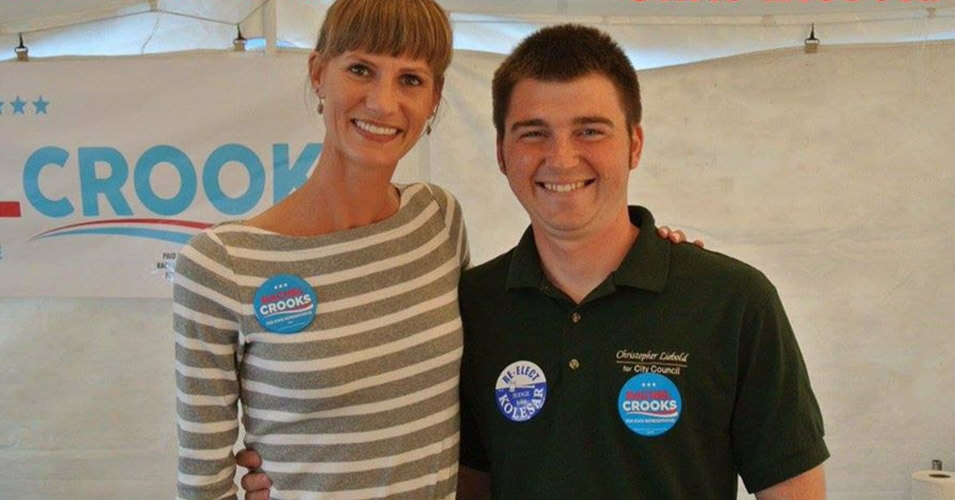 In an e-mail message entitled “It’s been a while, but we need to talk…”, Crooks wrote “Ohio has been looked to as a leader in its handling of the coronavirus pandemic. But, Ohio is not without its issues. In fact, our Republican leaders recently declared abortions a nonessential procedure, as they once again try to chip away at women’s reproductive rights.”

“I was proud to stand up for women in 2016 when I spoke out against Donald Trump and again as a candidate in 2018, and now, I am happy to support a friend who will do the same,” Crooks wrote in the email obtained by TiffinOhio.net News.

Crooks, 37, has told her story numerous times about how, while working as a secretary for an investment firm in Trump Tower in 2006, she walked over to say hello to Trump at a bank of elevators, where, she says, he grabbed her and kissed her multiple times.

“Meet Chris Liebold, the Democrat running for Ohio’s 88th House District – the same seat I ran for just 2 years ago. Chris is young, smart, and driven. He stood by me during my campaign and even served as my campaign manager when we were just getting started,” Crooks wrote in the e-mail to supporters.

Crooks requested her supporters to chip into Liebold’s campaign with a donation of $25.

“I know we can flip this district blue with your support,” Crooks wrote. “Your support could mean all the difference in the fight to protect women’s rights in Ohio.”

Liebold is the only Democratic candidate on the primary ballot for the 88th district Ohio House seat, which includes all of Sandusky County and the majority of Seneca County.

The seat is currently held by Rep. Bill Reineke (R-Tiffin), who is in his third term and is currently running for state senate.