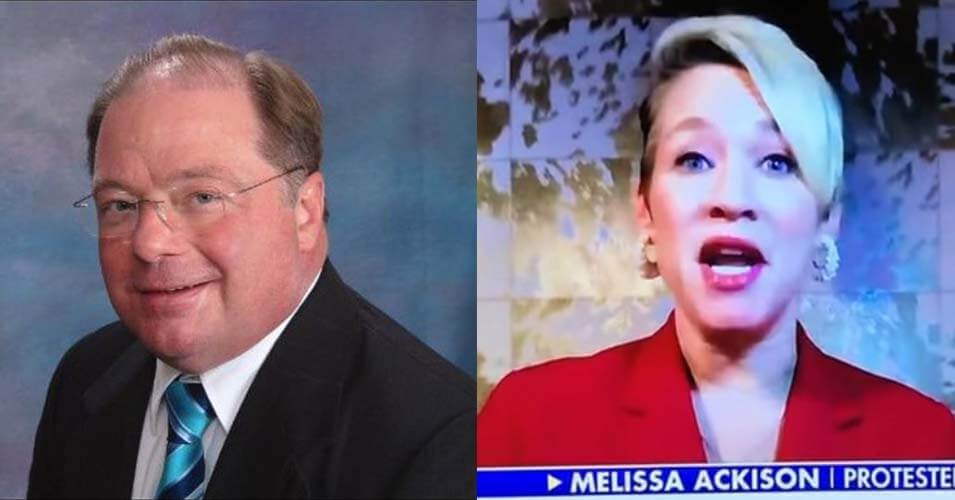 MARYSVILLE, Ohio — Republican state senate candidate Melissa Ackison, of Marysville, is responding after a Marysville man filed a complaint against her with the Ohio Elections Commission last week.

Richard Nielsen, who describes himself as an “independent consultant” on his Facebook profile, filed the complaint against Ackison with the Ohio Elections Commission (OEC) on Apr. 13. A copy of the complaint was obtained by TiffinOhio.net over the weekend.

Nielsen wrote in a letter to OEC that he is requesting they “investigate possible criminal activity” by Ackison, who is running in a heated Republican primary for the 26th district state senate seat.

According to Nielsen, “there is serious cause to investigate whether or not Melissa Ackison stole from taxpayers by using intermediaries and public school resources to print her campaign banners and signs for her political campaigns.”

Nielsen references a leaked audio recording of an Ackison campaign meeting, which she says was recorded by a spy sent to her home by her opponent, State Rep. Bill Reineke (R-Tiffin). In the recording, Ackison could be heard describing a “scheme” to use a banner roller at a local STEM school to produce campaign materials.

“And I have the STEM school, we believe, public schools, have a new banner roller. So instead of paying $1,000 for the gigantic rollers, they will make them for free as long as I provide all of the materials. The teacher is willing to do that. However, the minute they find out that we are doing it, we will have to stop, because it’s not okay to do a politician’s signs. This a teacher going out on a limb for me,” Ackison is heard saying in the video.

Nielsen said he will be making a public records request of receipts and other documents pertaining to the banner roller at Marysville Early College High School.

“There is no possible way that anyone is allowed to use public school resources for a political campaign,” Nielsen wrote in his complaint to OEC.

Ackison, however, disputes the claims made by Nielsen.

“I guess things are going to get really embarrassing for Richard and whoever initiated this little stunt as the school was already investigated and found completely innocent of a perfectly legal business transaction for a total of 100 signs purchased for $5,500 when I hired a third-party company to carry out the order,” Ackison said in a statement to TiffinOhio.net News.

Ackison added that Nielsen is the “high school buddy and neighbor” of current State Sen. Dave Burke (R-Marysville), who has endorsed Ackison’s opponent, Reineke, in the Republican primary race.

A review of public records by TiffinOhio.net confirmed that Nielsen is a neighbor of Burke.

“You can simply look at my last financial reports to see that I paid a third-party, Guy Stoker, and in the memo of the check line it says ‘signs’ and the school was paid,” Ackison told TiffinOhio.net News. “This is just sad at this point…”