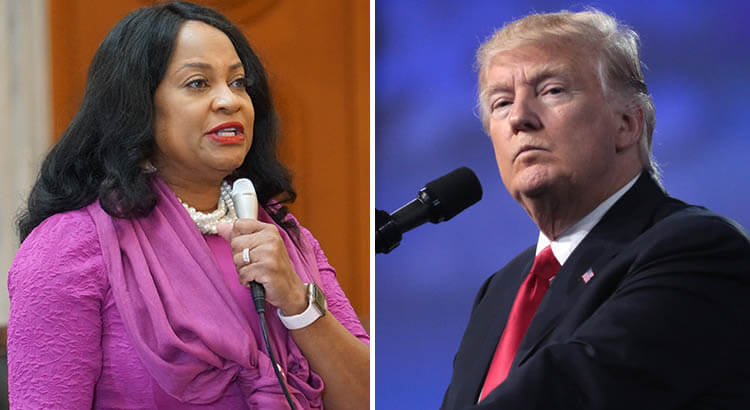 A Democratic state legislator from Akron who says she “can’t take it anymore” wants President Donald Trump prosecuted in international court for alleged crimes against humanity.

With state legislators working from home during the COVID-19 pandemic, Rep. Tavia Galonski is turning her attention to federal and international matters. On Sunday night, she posted to Twitter her intention to report the president to The Hague. Asked by the Capital Journal if she legitimately intended to pursue this action, Galonski replied: “Yes!”

I can’t take it anymore. I’ve been to The Hague. I’m making a referral for crimes against humanity tomorrow. Today’s press conference was the last straw. I know the need for a prosecution referral when I see one. https://t.co/XQin24gqY4

Just how Galonski planned to initiate this plan, the representative was not at first sure.

“I honestly have no idea,” Galonski told the Capital Journal on Sunday evening. “But how hard can it be?”

She said her plan was to find out on Monday the referral procedure for reporting an alleged crime against humanity to The Hague.

Galonski is referring to the International Criminal Court, known commonly as “The Hague” after the city in The Netherlands in which it is located.

Her comments followed a Sunday evening press conference in which the president repeatedly encouraged the use of an untested drug he believes can treat the novel coronavirus. Health experts have repeatedly said the drug in question, hydroxychloroquine, has not yet been proven to be an effective treatment. They have strongly discouraged use of the drug without a doctor’s recommendation, in direct contradiction to the president’s statements.

The Ohio Department of Health’s director, Dr. Amy Acton, had to publicly implore Ohioans not to seek out the drug unless they had a medical need for it. The Capital Journal has previously reported that the Ohio Board of Pharmacy enacted an emergency rule limiting access to hydroxychloroquine after Ohioans began stockpiling it due to the president’s comments.

“I need every lawyer that ever did any work on the international level to contact me,” Galonski tweeted on Sunday. She repeatedly offered her personal email addresses, asking supporters to “send me your name and legal qualifications.”

At another point, Galonski suggested that elected Republicans were guilty of “aiding and abetting.”

The representative’s biography page notes she previously served as a magistrate in the Summit Count Common Pleas Court and is a member of the Ohio State Bar Association. Galonski represents the 35th District and was first appointed to the seat in 2017, winning a full two-year term to the seat in 2018.

The Capital Journal has reached out for comment to spokespersons for the Ohio House of Representatives’ Democratic and Republican caucuses, as well as the Ohio Democratic Party. This story will be updated if responses are provided.