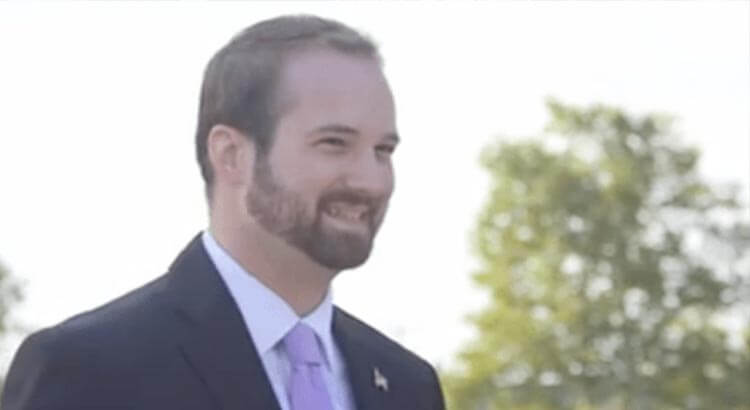 Tiffin Mayor Aaron Montz (R) is responding after TiffinOhio.net’s coverage of local firefighters and first responders criticizing him for a letter he sent to city employees regarding benefits through the Families First Coronavirus Response Act.

“I understand there were some concerns aired earlier this week by some members of the local fire union regarding the exclusion of first responders from the recently passed expanded medical leave (FFCRA) passed by Congress. This decision was made after the Federal Department of Labor issued guidelines (not a loophole) directly spelling out that emergency responders such as US Military, Police, Fire, Doctors, Nurses, etc be excluded from the FFCRA because they are necessary to life sustaining services,” Montz said in a Facebook post Friday.

Montz said in the letter, sent to city employees on Monday, that when we think of emergency responders, “fire and police are naturally the individuals we think of first in this regard. However, under applicable law, emergency responders also include public health personnel, 911 operators, public works personnel and other skilled personnel necessary to the continuing operations of government.”

According to the Tiffin Firefighters Local 322 union, Montz and the City of Tiffin government are using a “loophole to avoid giving [city employees] the extra coronavirus benefits provided by the US Gov’t.”

“They can also claim that every city employee is a ’emergency responder…” a Facebook post from the union stated.

“On a call with state and federal officials, they reiterated that we Mayor’s and Commissioners needed to move on this in order to keep essential operations running in city government. The intent of the FFCRA was to provide non-essential workers the ability to take extended leaves from their jobs during the COVID-19 pandemic,” Montz explained in his Facebook post Friday.

“There are a great many reasons why first responders and many other essential workers were specifically mentioned by the Federal Department of Labor as potential exclusions, and when you think about it, it’s obvious why,” the mayor continued.

The Family First Coronavirus Response Act (FFCRA), which becomes effective on April 1, 2020, provides an expanded definition to the Family Medical Leave Act, adding amendments expanding the reasons for the use of Family Medical Leave. However, under section 3105 of the act, employers are permitted to exclude emergency responders from the application of the provisions of the FFCRA.

“If the City of Tiffin had not exempted emergency services and essential employees from FFCRA, we could not deny anyone requesting any of the different leaves listed in the FFCRA to take an extended leave. We DO NOT have the ability to say the first three or four members of each department requesting FFCRA can take 12 weeks off for child care etc. This could have overnight reduced our city’s safety forces to levels that would have left significant safety risks for all residents and businesses in the city,” Montz explained in his Facebook post. “In a small city like Tiffin you don’t have the ability to staff with extra employees like larger cities,” Montz added.

According to Montz, the city will continue to process applications for leave under the existing provisions of the Family Medical Leave Act, but because of the exclusions for “emergency responders” in the law, the city “will not approve requests for emergency leave or sick leave under the Family and Medical Leave Expansion or the Paid Sick Leave provisions of the FFCRA.”

“I care deeply about all our city employees,. especially our first responders. We are currently exploring additional ways we may assist them during this dark period in our nation’s history. We’re all in this together, and together Tiffin will overcome this nightmare. I am always impressed how whenever this community has its back against the wall, the citizens of Tiffin and Seneca County rally together to help one another. Our first responders are on the front lines of this, and for them we are eternally grateful. Please keep them in mind, say a little prayer, and remember to give them a thank you if you see them out and about,” Montz said in his Facebook post.

However, others didn’t see eye-to-eye with Montz on the issue.

“I was wondering why so many Tiffin firefighters left for other municipalities. With an employer who takes advantage like that, who wouldn’t look elsewhere,” Facebook user Jim Atchison said.

“Wow, way to show the people that are risking their lives how much they really mean to you… nice!. Put all of the politicians that back this on the front lines and see how quickly that shit changes,” Brandon James said in a comment.

Tiffin Firefighters Local 322 encouraged Tiffin residents to contact their city councilman or the mayor directly to voice your opinion.

“The act does clearly state that this can be held from first responders or healthcare workers. The real tragedy is the other city employees who are being deemed ’emergency responders’ and not receiving the benefits provided to them by the US Government. NOT ONE CITY EMPLOYEE HAS BEEN DEEMED NON-ESSENTIAL, and everyone one of them is an ’emergency responder.’,” the union said in a Facebook post.