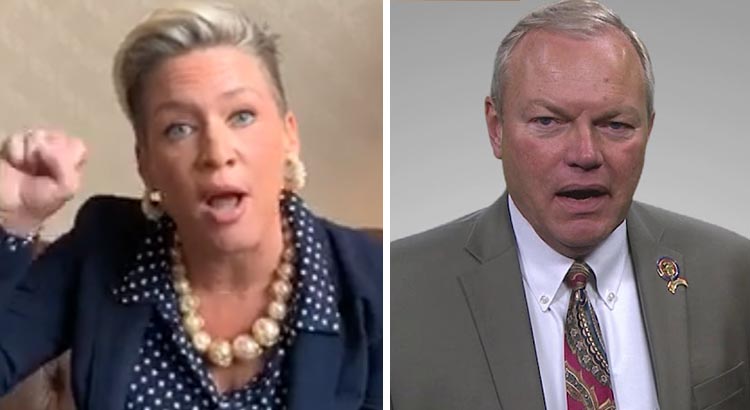 After losing the Republican primary for the 26th district state senate seat to current Rep. Bill Reineke (R-Tiffin), conservative activist and small business owner Melissa Ackison (R-Marysville) tore into Reineke, the chairwoman of the Ohio Republican Party, and Republicans who “tried everything they could” to “ruin” her.

“I was asked by the media, will you encourage your supporters to support Bill Reineke? And I said I cannot do that. Nothing changes if nothing changes,” Ackison said. “If I were to play politics and lie to the public, and tell them that their vote for him in a general election would somehow give them something different, I wouldn’t be the woman that I said I was from the very beginning.”

Reineke said he’s “honored” to be the Republican candidate for the 26th district state senate seat.

“I want to thank the voters for their confidence and trust that they have placed in me to be the Republican nominee for Ohio’s 26th Senate District,” Reineke said in a written statement. “I have thoroughly enjoyed representing the great people of the 88th House District since 2015 and appreciate the support of so many constituents that have collaborated with me to accomplish great things for Seneca and Sandusky counties. I look forward to continuing that strong collaboration with the citizens of all seven counties in this district to continue to bring a great deal of focus on conservative solutions to our most pressing issues.”

Ackison, however, said she doesn’t want her supports to feel as if they have to support Reineke simply because he’s a Republican.

“I don’t want you to feel as though you have to go into the general election supporting Bill Reineke. For those of you who are constitutional conservatives, you know that he’s never going to present an abolition bill that is truly going to stop baby slaughter, it’s not going to happen. He’s not going to support constitutional carry and stand-your-ground. And he was in office when we rang in the new year with record spending and negative job growth. I could not, in good conscience, tell all of you to get behind him, and to go in and to vote for him in a general election.,” Ackison said.

Ackison said she plans to identify as an independent from now on, stating she “doesn’t want to hold an allegiance to any party.”

“I’m an American. That’s what I am. And I don’t like the division that goes along with the political antics and everything,” Ackison said.

Ackison thanked her supporters and suggested the outcome of the primary was God’s work.

“We had everything working against us. You had Congressman Jim Jordan get involved in a political race and sell Bill Reineke to you as a conservative, when we all know there’s no truth to that. We had the Republican Party come in and do everything they could to outspend good Trump donors and good people who put a lot of money into this campaign,” Ackison said.

Ackison encouraged her supporters to “get to know” Craig Swartz, the Democratic candidate for the 26th district state senate seat.

“See where he stands on abolition, see where he stands as it relates to constitutional carry, and look at all of your options to see what makes sense,” Ackison said. “There’s nothing that kills a republic and kills people quicker than a political divide and hating someone because they’re a Democrat or because they’re a Republican. You never know until you sit down and talk with someone what their personal stances are and what they could do to lead you to the pathway that makes sense for you.”

When it comes to her future in politics, Ackison said she’s unsure if she’ll make another run for public office, citing the pressure it put on her family.

“People have said, are you going to congratulate [Bill Reineke]? And I said, I really can’t. I’m not a person who can congratulate someone who ran a campaign fueled with lies and hatred. And I’m sure, in typical broke back style, he’ll ride off into the sunset, he and his partner, and do whatever it is they’re going to do,” Ackison said. “I just wouldn’t expect a whole lot from his as it relates to the conservative movement.”

Ackison also tore into Jane Timken, the chairwoman of the Ohio Republican Party.

“As for Jane Timken, the leader of the Ohio Republican Party, she walked around with her little ascots on. I never knew if she was Freddy from Scooby Doo, or trying to solve a mystery or a riddle, or if she was trying to run the GOP. That was always very confusing to me,” Ackison said.

Not only did Ackison tear into Reineke and Timken, but she also had choice words for those in the Republican Party who tried to “ruin” her.

“For all of the Republicans who did everything they possibly could to ruin not only my small business and my husband, but to really ruin good people who want to run for office, you can frankly… Really you can kiss my ass,” Ackison said.

Reineke will go on to face Craig Swartz (D-Upper Sandusky) in the general election.