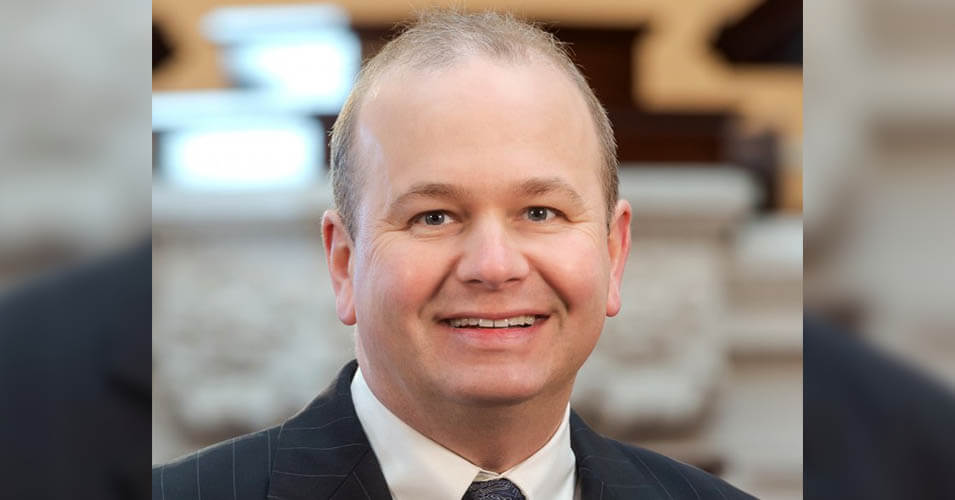 A Republican state senator took to Facebook on Holocaust Remembrance Day to pledge he would not allow the Jewish Ohio Department of Health director to turn Ohio into Nazi Germany.

State Sen. Andrew Brenner, of Powell, made the comment Tuesday evening in response to a post from his wife, Sara Marie Brenner. Her post includes a photo of Dr. Amy Acton and is in response to the state government’s shutdown order due to COVID-19.

It reads, in part: “With a German accent, in your head say ‘Show me your papers’ … This actually feels like Hitler’s Germany where you had to have blond hair and blue eyes to be able to function anywhere, and you were damned otherwise. When are people going to say enough is enough?”

Sen. Brenner replied: “We won’t allow that to happen in Ohio.”

Sara Marie Brenner later posted a photo of an apparent Nazi concentration camp with this caption: “If people were told to get in cattle cars to be taken to virus protection camps, most of you would rush to get in line…”

Republican State Sen. Andrew Brenner responded to his wife, saying he would not allow the Ohio Department of Health to turn the state into a concentration camp.

The comments came hours after Acton made reference to Holocaust Remembrance Day and her own Jewish heritage. She mentioned that the pandemic “disrupts civil society” that can “turn us against each other.” Just days before, a protest at the Ohio Statehouse featured several instances of anti-Semitism symbols, as reported by cleveland.com.

Acton described feeling “optimistic that we have the grit and resilience to weather a war, especially given the outstanding leadership we have.”

Gov. Mike DeWine had followed Acton by noting his own father’s service in World War II in liberating concentration camps. DeWine recounted how his father witnessed the camps’ ovens first-hand and remembered the images for the rest of his life.

To the Brenners, however, the Nazi Germany comparison rests with the present Ohio leadership.

She called the “attacks” against her a “deflection” and claimed to have not known about Acton’s religion.

“What’s more offensive are (Acton’s) calls for us to carry/have papers to be able to function in society. Those were HER words,” she continued. “Perhaps something has finally rung home to her about how much destruction she’s doing to far more Ohioans than she’s trying to save?”

The Ohio Capital Journal has reached out to Brenner’s office for further comment and clarity about these remarks. This outlet has also contacted the press secretary for the Ohio Senate Majority Caucus for comment.

On Wednesday, a Republican operative with apparent connections to Speaker of the House Larry Householder, R-Glenford, made a similarly inflammatory remark.

Scott Pullins purports on his website to be “a top advisor to Ohio House Speaker Larry Householder.” He tweeted on Wednesday that Ohio health officials have “obvious Gestapo dreams.”

And here comes the predictable and coordinated attacks on @brennerforohio and his lovely wife @saramarietweets for daring, daring to point out the obvious Gestapo dreams of Ohio health officials. #papersplease https://t.co/K4Gwakydam

The Ohio Capital Journal has reached out to Householder’s spokesperson for comment about Pullins’ remark.

This story will be updated with any responses from the above offices.