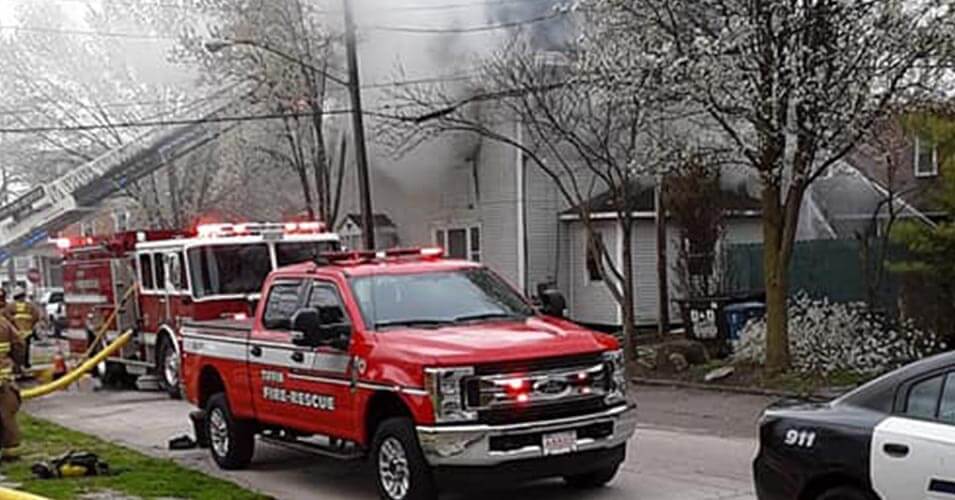 TIFFIN — A total of 17 people — nine adults and eight children — were displaced from their homes in a N. Monroe St. apartment building fire Monday afternoon.

Around 1 p.m., the Tiffin Fire Rescue Division responded to the report of a fire at 45 and 47 N. Monroe St., near Ralph’s Joy of Living.

No one was injured in the fire, according to TFRD Chief Kevin Veletean.

Veletean said the cause of the fire is undetermined as of Wednesday.

The fire reportedly started on the third floor of the building, according to resident Cory Faulkner, who says his family lost “everything we have worked for” in the fire.

“We checked with our Ohio Historic Building Inventory to find some history of the place. According to the research, it was felt that this building was built sometime between 1859 and 1864. However, it seems to have been moved from the northeast corner of Adams and Benner Streets between 1881 and 1901,” a post from the museum states.

“Like most of the buildings in this neighborhood, 47 N. Monroe Street experienced the flood waters during 1913, witnessed hundreds of patriotic parades and ceremonies, felt the heat of the Great Fire of 1872 and was awakened by shrill of steam whistles from passing locomotives. Hopefully, there’s a good future for this building, as long as the damage isn’t too great. More importantly, we hope anyone displaced by this fire will find help in getting a new place to live,” the museum’s post states.

A Facebook group has been started in support of those displaced by the fire.