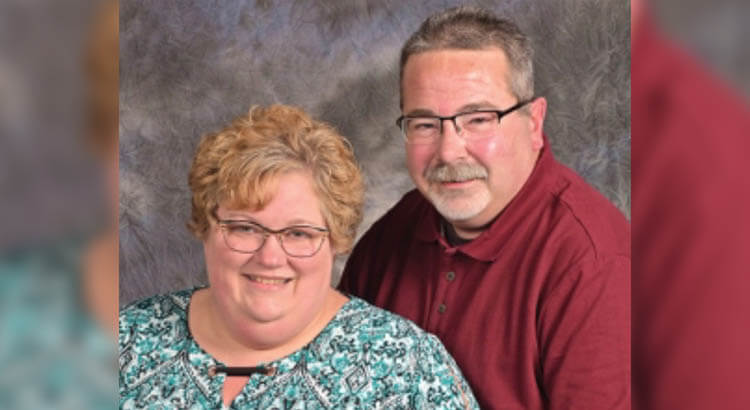 After coming down with a fever, a nasty cough and shortness of breath, Bob McFarland, a worker at St. Luke’s Hospital near Toledo, figured he had COVID-19 and got tested.

That was March 24. He’s still waiting on results.

McFarland, and his wife Karen, both had their specimens collected at St. Luke’s drive-through testing site and sent to LabCorp, one of the largest clinical lab networks in the world, for processing. Karen got her results back in five days.

Bob’s results are still “in process” with no definite turnaround time, per a LabCorp email he shared with the Ohio Capital Journal.

Delays like these have grown common with specimens sent to private labs, many of which are facing increasing backlogs as the COVID-19 caseload in America skyrockets. About 279,000 Americans have contracted the disease as of Saturday afternoon in the roughly 10 weeks since it was detected in the U.S. This represents what experts to believe a fraction of the total, given widespread testing shortages.

Private labs like LabCorp and Quest Diagnostics say they turn results around in an average of 4-5 days. In interviews, county health workers have put that estimate closer to 8-10 days.

Since officials detected the new coronavirus that causes COVID-19 in Washington state in January, there have been repeated, widespread failures and shortages in state and federal governments’ abilities to test for its presence. The private lab delays are just the latest episode in the series.

On Wednesday, Ohio Department of Health Director Dr. Amy Acton issued an order directing all hospitals and physicians that are not currently testing for COVID-19 to contract with ODH or a lab at a local hospital that is. The order only allows care providers to contract with private labs once state hospitals and the ODH lab are at capacity.

Bob McFarland started feeling ill March 23, a scheduled day off from his work registering patients at the hospital. The next day, he woke up with a fever around 100.4 Fahrenheit (it would creep up to 100.9), coughing fits, “labored” breathing and body aches.

He said he started feeling better Thursday but is still stuck at home not knowing with certainty whether he caught the virus and unable to return to work until the results are back. He said he can’t even get a LabCorp worker on the phone.

Karen McFarland figured she had the disease too. She was tired, had headaches, was sleeping 18 hours a day for about 10 days, and feverish. While waiting for results to come back, she went to the emergency room but was not admitted.

She said the shortness of breath was the worst of it.

“You kind of have to remind yourself to breathe,” she said.

Karen tested negative. But to her surprise, she said a St. Luke’s worker warned her the results are only about 70% “accurate” and McFarland should err on the side of caution and behave as if she has the disease.

Dr. Harlan Krumholz is a physician and recognized expert in public health. He wrote an article for The New York Times saying anyone experiencing symptoms should assume they’re infected, even if they test negative. He said he’s heard a growing number of anecdotal stories of false negatives, and cited some preliminary research from China estimating the figure at 30%.

Mike Geller, a LabCorp spokesman, declined to comment on the McFarlands’ cases specifically and did not respond to inquiries about false negative tests.

“We understand how disconcerting it is to not receive test results in a reasonable time frame and unfortunately, due to the unprecedented demand we had when we started testing, this has been the experience for some people,” he said. “We are doing everything we can to improve these timeframes. We know there is more that needs to be done and we’re committed to doing our part during this emergency health crisis.”

Despite private labs’ claims, county health department officials offer longer estimates. A spokesman from the Franklin County Health Department said private labs take upward of a week to turn around, compared to about 24 hours at ODH.

Emma Smales, from the Clark County Combined Health District, said in an interview last month it’s a crapshoot when private lab results come back, which is frustrating for health officials and patients.

“I think it’s important to note that testing results are taking an undetermined amount of time at this point,” she said. “We have no idea when tests are coming back.”

As of Saturday afternoon, more than 3,700 Ohioans have tested positive for COVID-19, though Acton warns they’re a fraction of the total estimated population.

One-hundred and two Ohioans have died since the virus was detected in the state March 9.