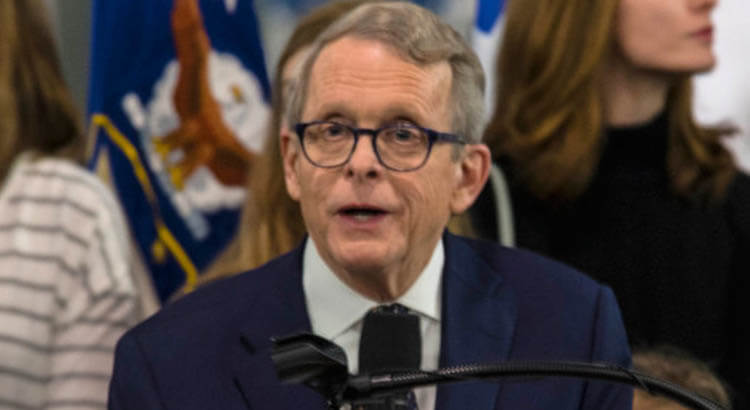 Gov. Mike DeWine wanted the Ohio company Battelle to be allowed to mass sterilize personal protective equipment. The problem? The U.S. Food and Drug Administration set a limitation on how many masks it could sterilize per day. So DeWine, feeling angry and backed into a corner, resorted to using the bully pulpit. Following a private phone call with President Trump and a public press conference, the feds finally relented.

To be clear, Sunday was not Kabuki theater — lives are on the line, and DeWine’s frustration with the FDA was quite evident.

Still, within this storyline, everybody wound up a winner in the end. DeWine flexed his muscles and vanquished a bureaucratic foe. Trump, instead of getting his hand slapped, got credit for the whole ordeal:

Thank you, Mr. President, for your attention to this urgent matter. https://t.co/qH92RvWDTc

Nevermind that it was Trump’s FDA that DeWine was battling. Nevermind that Trump reportedly told DeWine early on Sunday that he would seek out FDA approval, but instead spent the day tweeting about his TV ratings and Meghan Markle. Nevermind that Trump couldn’t even pronounce Battelle correctly at his Monday press conference, and misstated the number of masks Battelle reported it could clean per day.

DeWine’s actions on Sunday should be viewed through these two lenses:

First, it’s party politics. DeWine and Trump are both Republicans. Trump campaigned for DeWine in 2018, and presumably would again in 2022 if he is reelected and the governor seeks another term.

Second, it’s practical politics. During the COVID-19 crisis, Trump has made it very clear that he is inclined to only support states whose governors support him. Conversely, he has been quick to attack governors who he views as antagonists to his administration.

This, then, begs the question to a Republican governor why he thinks the Republican Party’s presidential leader is basing crisis aide on politics.

The Ohio Capital Journal’s Jake Zuckerman posed a similar question to DeWine at Sunday’s news conference — “do you think the federal government is just behind the ball on this pandemic?”

The gist from DeWine: the testing problems, the government’s slow response, the FDA issues, the lack of prior attention on public health … all of this can be blamed on non-partisan bureaucracy.

Nevermind that his Republican predecessor, Gov. John Kasich, put the Ohio Turnpike Commission’s director in charge of the state health department. Nevermind that Trump’s own budget proposal still called for funding cuts to the Centers for Disease Control as of earlier this month.

DeWine sang a much different tune prior to Trump’s presidency. He had no problem identifying blame when a Democrat was in charge:

Even as he’s going out the door, we are still having to fight President Obama and his federal overreach https://t.co/dC3yC1Bgzn

Like a Wallenda on the wire, DeWine is now stuck walking a political tightrope. To speak the truth about Trump and the federal government would mean potentially putting Ohioans’ lives at risk. It would mean angering Trump and his supporters in a year when the Ohio Republicans are trying to maintain legislative supermajorities, a judicial majority and a stronghold on the Congressional delegation.

I love Michigan, one of the reasons we are doing such a GREAT job for them during this horrible Pandemic. Yet your Governor, Gretchen “Half” Whitmer is way in over her head, she doesn’t have a clue. Likes blaming everyone for her own ineptitude! #MAGA

It is for the betterment of Ohioans’ personal health and safety that DeWine remain under Trump’s good graces. With that reality in mind, there is a good case to be made that DeWine is playing the politics perfectly right.

To therefore assess blame is to reflect on what our president has actually done. His tweeting of Meghan Markle while DeWine waited for an answer. His insistence that untested drugs can treat COVID-19 while DeWine and Ohio Health Director Amy Acton pleaded for Ohioans to not hoard those drugs from people who actually need them. His shifting assurances that the new coronavirus would “disappear,” that the virus is a Democratic hoax, that the country should be reopened by Easter — all while DeWine and Acton have spent 1-2 hours a day imploring Ohioans to take this seriously and hunker down.

Being in a crisis does not mean we should suspend public reflection about the consequences of our leaders’ actions. In fact, with the stakes as high as they are, we should be more aware of them. We should give every effort as Americans to walk and chew gum at the same time.

DeWine may have justifiable reasons to hold his tongue, but it doesn’t mean reporters and lay citizens should.

DeWine and Acton sometimes act surprised when people aren’t following government orders. They might wonder why a recent poll found 23% of Ohioans believe the coronavirus is being “blown out of proportion.”

Answer: it’s because the president of the United States has spent months telling them it is. You can argue pointing that out is politics, and that we shouldn’t reflect on the past while lives are at stake in the present and future.

The only difference is the storyline being told.