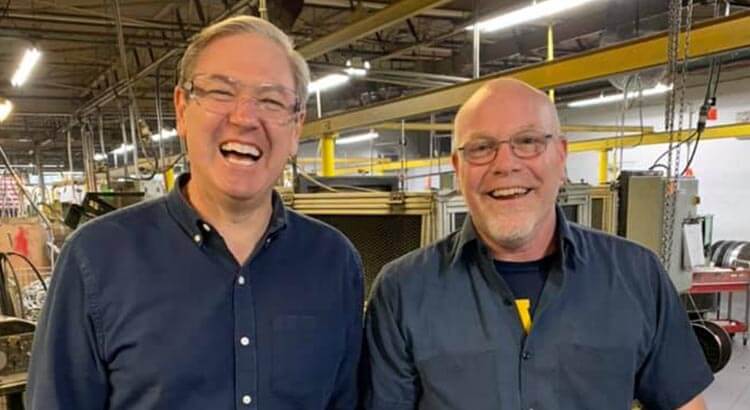 Thomas explained that he worked in the Bellevue factory to pay his way through college.

“The 88th district has the best employees in the world,” Thomas said. “I saw shipping labels that are going across the globe.”

Thomas is currently a candidate in the three-way Republican primary for state representative of the 88th Ohio House district, which includes all of Sandusky County and the majority of Seneca County.

In addition to Thomas, two other candidates are vying for the Republican nomination in the March primary election: controversial pastor Gary Click and Fremont-based environmental engineer Ed Ollom.