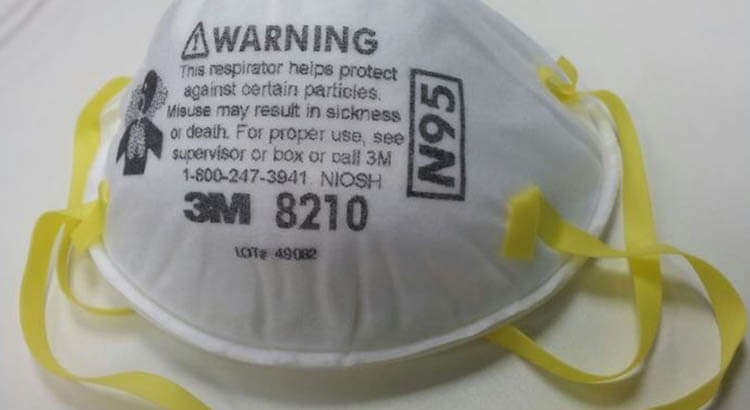 The FDA made the change Sunday evening, hours after Ohio Gov. Mike DeWine publicly excoriated the administration’s “reckless” decision to impose the limit.

DeWine and Ohio Department of Health Director Dr. Amy Acton have repeatedly emphasized the state’s shortage of personal protective equipment, including N95 masks, which health care providers wear to shield themselves from the new coronavirus that causes COVID-19.

On Saturday, Battelle, an Ohio-based national security and health care company, announced it began “rapid manufacturing” of a system that can decontaminate the masks up to 20 times.

The FDA, however, imposed limits on the company in a letter Saturday.

DeWine issued a blistering statement Sunday morning characterizing the decision as “reckless” and arranging an unscheduled press conference for the afternoon.

“In this time of crisis, the FDA has decided not to support those who are risking their lives to save others,” he said. “This is a matter of life and death. I am not only disappointed by this development, but I’m also stunned that the FDA would decline to do all it can to protect this country’s frontline workers in this serious time of need.”

By midday, his tone changed. DeWine said he had spoken with both President Donald Trump and FDA Commissioner Stephen Hahn and felt confident the feds would reconsider.

DeWine’s statement Sunday was his most intense criticism of the federal government’s handling of the pandemic, which has so far left a known 142,000 Americans infected and 2,493 dead according to data from Johns Hopkins University accessed Sunday afternoon.

In its revised letter to the company Sunday, the FDA reissued its previous letter with an “amendment” allowing Battelle to operate with no daily limit and to use satellite facilities.

The FDA only notes it’s “reasonable to believe” Battelle’s system “may be effective” in preventing exposure to the virus.

Acton has previously described a situation in which the Centers for Disease Control and Prevention sent Ohio a faulty COVID-19 test kit in February. Ohio did not begin testing for the disease for another month, losing precious time to detect and control the virus.

She and DeWine have also described Ohio’s share of the national stockpile of personal protective equipment and ventilators as insufficient.

After expressing confidence that the FDA would expand its authorization, DeWine said in response to a question Sunday he “didn’t want to go into that” in terms of why it takes a phone call with the president and public confrontation with the FDA to solicit emergency action.

“We have people who don’t have access to these materials, and they need them,” he said. ‘If you’re not going to give us a solution, you need to give us something else.”

Both DeWine and Husted thanked Trump and Hahn in a statement Sunday evening. They said along with Ohio, Battelle plans to send two machines to New York and one to Washington state

Previously, DeWine and Acton have estimated that taking care of a patient in intensive care, over the course of one day, requires 36 pairs of gloves, 14 gowns, 3 pairs of goggles, and 13 N95 masks.

A sign of the low supply: In the past week, DeWine has asked private companies to manufacture new PPE and anyone who has extra equipment to provide it.

In addition, he and Acton have ordered a cessation on all nonessential medical procedures to preserve any available PPE.

Researchers at Ohio State University have predicted the epidemic will peak in Ohio in two to four weeks, with the state seeing between 6,000 and 10,000 new cases per day. They estimate somewhere between 100,000 and 300,000 total Ohioans will exhibit symptoms and test positive for the disease.

For information on COVID-19 in Ohio and copies of all public health orders, you can visit the state’s coronavirus website here.

For information on how to avoid the virus, what symptoms are like and what to do if you think you’re infected, you can go to the CDC’s COVID-19 page here.