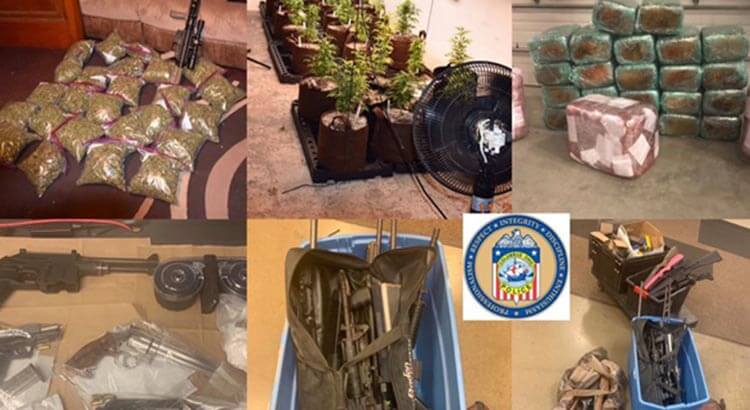 COLUMBUS, Ohio — Authorities seized a large amount of marijuana, cocaine, and methamphetamine as part of a Drug Cartel Unit investigation.

The investigation was launched in the summer of 2019 and concluded in January 2020.

Detectives with the Columbus Police Drug Cartel Unit determined the suspects were receiving large quantities of narcotics from Mexico.

Police said the suspects then distributed the narcotics throughout the Columbus area, specifically on the city’s east side and in the Linden neighborhood.

In January, the Drug Cartel Unit brought the case to a conclusion with 9 arrests made, 33 felony indictments received from the Franklin County Grand Jury, 83 guns seized (12 of which were stolen), $14,720 in cash, and the drugs: 905 pounds of marijuana, 698 grams of cocaine, and 26 grams of crystal methamphetamine.