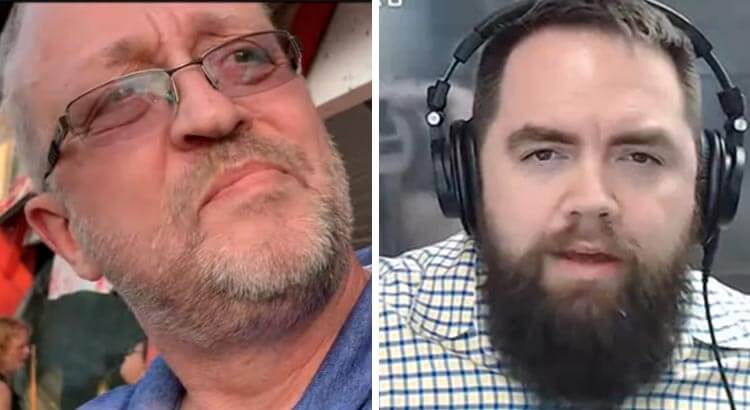 Chris Dorr is the executive director of Ohio Gun Owners, one of the state’s “most uncompromising, strongest grassroots Second Amendment organizations.”

In the Facebook video, Dorr shredded Click for an audio recording that was recently obtained by the group, in which Click can be heard expressing support for Gov. Mike DeWine’s proposed gun safety measures, including “red flag” and “pink slip” laws.

“Somebody in the audience specifically asked him a question, the same question essentially, that we asked him about red flag laws. You’re going to hear from Gary Click himself, let’s listen,” Dorr said in the video as he plays the audio recording of Click.

“Let me answer that as appropriately as I can,” Click can be heard saying to the voter in the recording. “First of all, I know the governor personally, I’ve worked for him. There’s nobody that’s got a bigger heart than our governor does.”

“Okay that just makes you want to vomit right out of the gate. He was just absolutely kissing the butt of Mike DeWine on this issue. I mean come on, let’s get real here Gary,” Dorr said in the Facebook video on the Ohio Gun Owners page.

Click then said “the governor has done some pro-Second Amendment work as far as when he was the attorney general, in reciprocity and things like that for CCW licenses and so forth.”

“Everybody here knows, everybody watching this video right here tonight, that everything DeWine did as attorney general was done to lay the foundation for his race for governor. He is just like John Kasich in that regard. He does what is necessary to get elected,” Dorr said of Click’s comments. “But Governor DeWine’s ridiculous career of violence against the Second Amendment far more than outweighs the pathetic things he did as attorney general. So for Gary Click to sit here and essentially get down on bended knees and plant his lips firmly on the backside of DeWine is absolutely sickening to the gun rights community,” Dorr continued.

According to Dorr, on the Ohio Gun Owners “candidate survey,” Click indicated that he would not support “red flag laws” or similar legislation. Dorr said Click had “passed the survey” until he discovered this new information, and now says Click straight-out “lied” to their group.

“This is absolute lying by Gary Click. And in case you guys didn’t know this, Gary Click. One of the things we are recommending right now for Pastor Gary Click is that he goes and reads Exodus 20 or Deuteronomy 5 in the Bible that he preaches from, where it says ‘thou shall not lie,’ ‘thou shall not bear false witness.’ He should go read that and he should think about it,” Dorr said.

“How in the heck can he sit there and preach on Sundays about upholding the Ten Commandments when here he is himself, running to be a swamp creature,” Dorr continued. “I didn’t know that Columbus was routing pipes all the way up to where this guy lives, pumping swamp water in. But here he is in this video bragging about his personal relationships with Governor Mike DeWine, lying to us on his candidate survey, and speaking the truth, apparently, to the people there in his district. Gary, in the church, it goes something like this: When you lie and you get caught, you have a responsibility to apologize and repent for your sins.”

“Now folks, I’m not sitting here preaching to Gary Click. I’m just using his own theology and asking him to be consistent with it,” Dorr said. “So Gary, according to your own theology, you have signed against the voters in your district by lying to them, and you should repent and apologize and ask for their forgiveness after you’ve asked God for forgiveness.”

“We have enough problems with Christian pastors in Ohio in state government living up to what they profess to believe in. We don’t need more of that garbage. We need people who are honest and upright,” Dorr said.

In addition to Click, Seneca County Commissioner Shayne Thomas (R-Clinton Twp.) and environmental engineer Ed Ollom (R-Fremont) are running in the March primary for the 88th district Ohio House seat, which is currently held by Rep. Bill Reineke (R-Tiffin), who is running for state senate.

The 88th statehouse district includes all of Sandusky County and the majority of Seneca County.

Click has also been endorsed in the Republican primary race for state rep by the Ohio Republican Party, Gov. Mike DeWine, and several mayors and elected officials throughout the 88th district. Thomas touts his endorsement from the Ohio Chamber of Commerce.

The primary election will take place Tuesday, March 17. Whoever wins the Republican primary — Click, Ollom, or Thomas — will go on to face Fremont City Councilman Christopher Liebold (D) in the November general election.