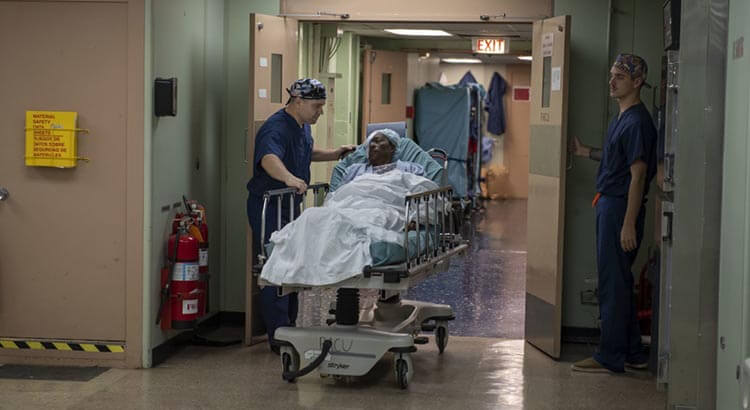 A bill prohibiting overtime as a condition of employment for nurses is headed to its second hurdle to passage.

A Senate committee will now consider the bill that has the support of nurses groups and individual medical professionals, along with a House vote approving the bill on an 80-13 vote. Speaker Larry Householder voted in favor of the bill.

The bill doesn’t prohibit nurses from working overtime, but instead controls the ways in which overtime can be required. The bill states the hiring process should not include an overtime requirement, but nurses would be able to voluntarily work the hours.

The conditions for overtime work are becoming timely as coronavirus cases are reported in the state and measures are being taken under a state declaration of emergency.

“Hospitals may request or schedule overtime during health care disasters; declarations of emergency; prudently unanticipated emergencies, unforeseen events, or influxes of patients that result in care needs beyond reasonable predictable levels and increased needs in personnel to ensure safe patient care,” state Rep. Don Manning, R-New Middletown, who is a cosponsor of the bill, said in testimony before the Senate Transportation, Commerce and Workforce Committee recently.

The Ohio Hospital Association opposed the bill when it was still in the House, saying hospital policies already address concerns within the bill, such as fitness for duty. The Ohio Chamber of Commerce said the bill interferes with “the employment relationship between an employer and employee,” according to previous testimony.

“The Ohio Chamber believes that hospitals should be free from burdensome government regulations or mandates on their employment practices that fail to consider what is practical or makes sense for each individual hospital,” a statement from Kevin Shimp, director of labor and legal affairs for the Chamber, read.

The president of the Ohio Nurses Association, Deborah Arm, PhD, RN, said in a statement when the bill passed the House that mandatory overtime is “dangerous” and “affects nurses’ ability to deliver optimal care, and Ohio’s patients deserve better than that.”

The bill will now be scheduled for support and opposition testimony in the Senate committee. A timeline on the schedule has not been released.