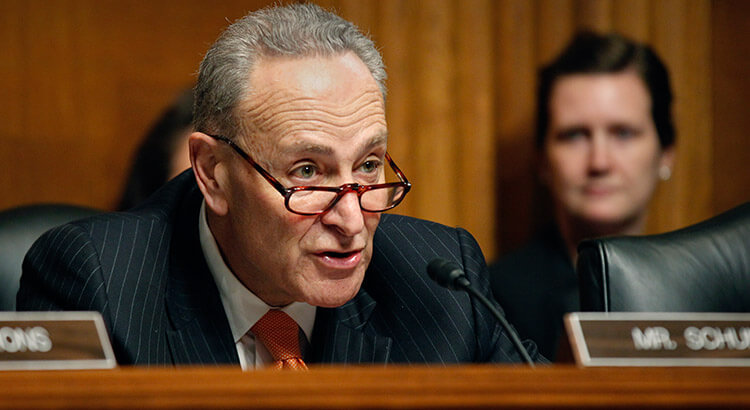 WASHINGTON — U.S. Senate leaders announced a compromise with the White House on a massive $2 trillion spending package that would send checks to Americans and provide aid to small businesses in response to the COVID-19 pandemic.

The deal was announced early Wednesday morning after days of heated negotiations on Capitol Hill.

“We have a bipartisan agreement on the largest rescue package in American history. This is not a moment of celebration, but one of necessity,” Senate Minority Leader Chuck Schumer (D-N.Y.) said on the Senate floor.

The legislation would send checks of $1,200 to many Americans, create a $367 billion loan program to aid small businesses and fund a $500 billion lending program for industries, cities and states, the Washington Post reported.

The legislation would also ensure that these taxpayer-funded loans can’t be made to firms owned by President Donald Trump, other White House officials, or members of Congress, the Post reported. Another $150 billion would be included for state and local stimulus funds and $130 billion would go to hospitals.

House Speaker Nancy Pelosi (D-Calif.) said Wednesday morning that the bipartisan compromise marked an improvement over a previous proposal from Senate Republicans. It “does not go as far” as the plan House Democrats had offered, but “the bill has moved a great deal closer to America’s workers,” she said.

“House Democrats will now review the final provisions and legislative text of the agreement to determine a course of action.”

[Sign up for our free newsletter to stay up-to-date on everything important to you.]