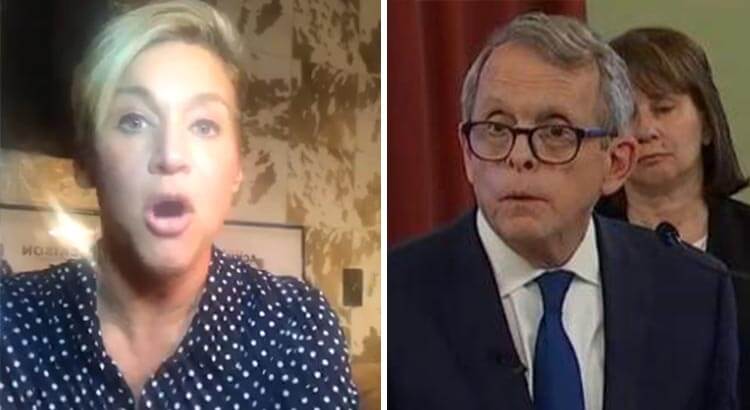 A Republican state senate candidate attacked the governor of Ohio in a Facebook Live video Monday over his response to the coronavirus pandemic.

Small business owner and conservative activist Melissa Ackison (R-Marysville) tore into Gov. Mike DeWine after he recommended the state’s primary election be postponed until June amid growing concerns of the global coronavirus pandemic.

“They ARE defying the separation of powers,” Ackison, a self-described “constitutional conservative,” wrote in a Facebook post. “They have the Ultimate authority to quarantine or isolate…they picked neither! They are attacking our elections!!!!”

After DeWine’s proposal in the form of a lawsuit was rejected by a Franklin County judge on Monday, the governor announced that Ohio Department of Health Director Dr. Amy Acton would order all polling places to be closed due to a “health emergency.”

That’s when Ackison went live on her campaign Facebook page to attack DeWine and Acton over their response to the pandemic.

“Your governor is doing everything he can to rig primary elections. When he couldn’t shut it down, he shifts it off to [Secretary of State] LaRose, when LaRose can’t shut it down, they send it to a judge. When the judge tells them no, we’re not shutting it down, then they give it to the health director, and she’s the one to shut it down,” Ackison complained.

Ackison claimed Acton, who was appointed to direct the Ohio Department of Health by DeWine in 2019, is an “Obama holdover” and attacked her for “fundraising for Planned Parenthood.”

Ackison encouraged her supporters to get out to the polls on Tuesday and vote, despite the governor’s announcement that Acton would order all polling locations to be closed amid the pandemic.