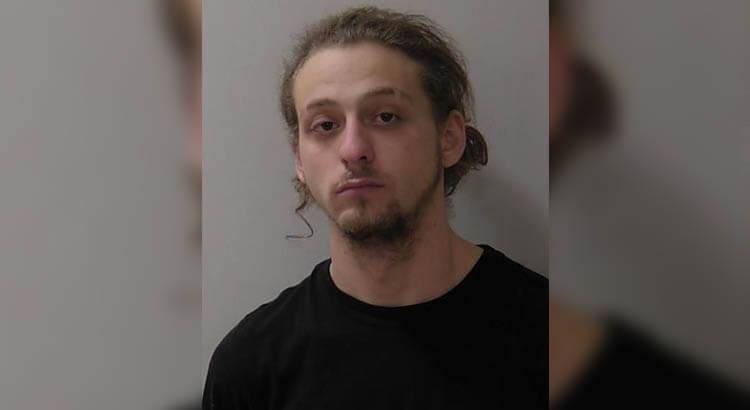 FINDLAY, Ohio — A Findlay man was cited after leading police on a pursuit while operating a motorcycle early Tuesday morning.

Around 3:39 a.m., officers with the Findlay Police Department observed a motorcycle being operated without any registration plates on 6th St. at S. Main St.

The officers followed and were able to catch up to the motorcycle just east of Western Ave.

The officers turned on their overhead emergency lights and their siren to initiate a traffic stop. The operator of the motorcycle failed to comply and continued west on Lake Cascades Pkwy., and then turning north on Western Ave.

The motorcycle drove over the curb and into the median where it crashed.

The operator, identified as 21-year-old Dylan Perillo, of Findlay, suffered minor injuries and was treated at the scene by Hancock County EMS and Findlay Fire Department.

Perillo refused transport to the hospital. The motorcycle suffered disabling damage and was taken from the scene by a private vehicle.

There were no other injuries or damage to any other vehicles.

Perillo was issued a citation for failure to operate on improved portion of the roadway, no motorcycle endorsement, and failure to comply with the order of a police officer.

Normally, Perillo would have been incarcerated but was instead released on an appearance bond “based on jail requirements to keep the inmate population down during the COVID-19 pandemic,” police said.