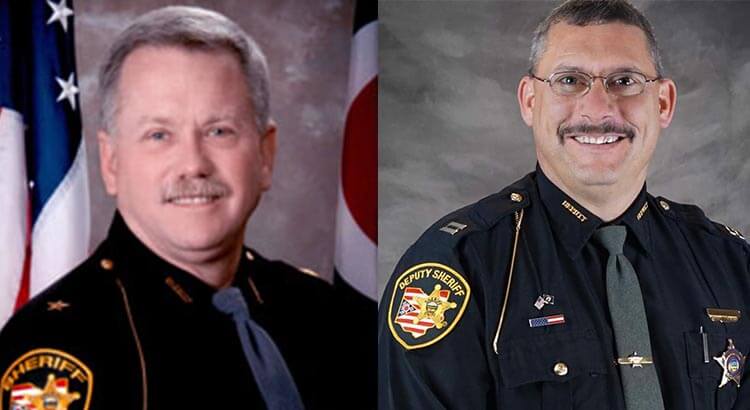 The commissioners presented the proclamation to self-advocates David Adkins and Ryan Herr, and Superintendent Lewis Hurst presented an overview of Opportunity Center services to the board. The opportunity center’s mission is to improve the lives of individuals with disabilities.

The school will host several events to celebrate Developmental Disabilities Awareness Month, including:

In other business, Seneca County Sheriff Bill Eckelberry and Captain Dave Pahl addressed the board, recapping 2019 and looking ahead to 2020, as well as addressing recent concerns brought up by a former sheriff’s office employee.

Eckelberry said sheriff’s office personnel responded to 7,581 calls last year. This number does not include all services provided by the department. He said the communications center at the sheriff’s office dispatched fire and EMS services more than 2,200 times in 2019.

Eckelberry also alluded to the county’s Project Lifesaver program, which helps find people in need of 24- hour care who might not be able to find their way home if they wander. Clients wear a transmitter that puts out an around-the-clock signal and law enforcement personnel have receivers to pick up the signals. The sheriff’s office also has access to drones that can take to the sky to assist in finding someone. Currently, the county has about 10 clients through the program.

Eckelberry thanked area Lions Clubs for partnering with his office to make the program a success. A raffle to help support the program is to be held March 28 at 5:30 p.m. at the Tiffin Moose Lodge. The Super Raffle will include auction items, a 50/50 drawing, chicken breast or ribeye steak dinner and other fun activities. Tickets for the event are $20, or two for $30. Contact Cindy Beat, (419) 937-7543, for more information.

Pahl’s report was focused on the Seneca County Jail. Pahl said the jail produced nearly $1.2 million in revenue by housing inmates from outside the county. He said the jail underwent several successful inspections by local, state and federal groups in 2019.

Pahl said the state’s annual report for 2019 included a “100-percent grade on essential standards and a 90-percent grade on basic standards.” Pahl said improvements have been made at the jail over the past few years, and he thanked staff for that. “It takes a lot of hard work, dedication and man-hours,” he said.

Eckelberry commended Pahl and staff at the jail. “They do an awesome job,” he said, also citing a recent grand jury report that lauded the successful operations at the jail.

You can view the grand jury report at this link.

Eckelberry added that a recent federal lawsuit related to the jail was voluntarily dismissed.