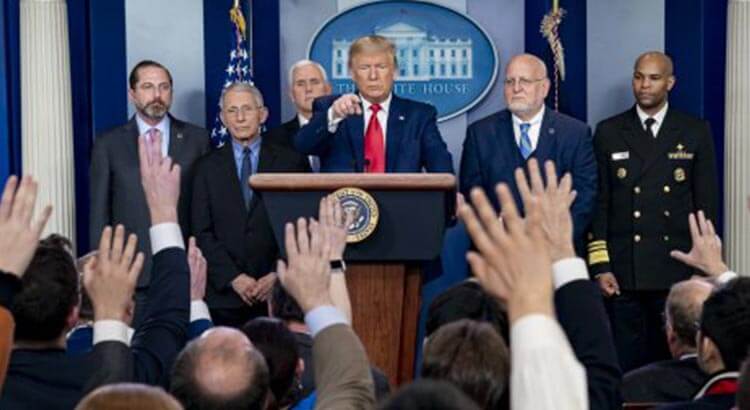 The CDC director testified Tuesday before the House Appropriations Committee, where Republicans and Democrats alike said Congress won’t comply with the budget cuts requested in Trump’s fiscal year 2021 spending plan. The White House proposed to cut CDC’s overall spending by 9% in the next fiscal year.

“This subcommittee will not be pursuing the administration’s proposed cuts. To cut from our public health infrastructure during an outbreak is beyond consideration,” said Rep. Rosa DeLauro (D-Conn.), the chairwoman of the appropriations subcommittee that oversees the CDC’s budget.

Instead, Congress will aim to funnel more money into the CDC and the nation’s public health system, she added. “We will not lurch from crisis to crisis and lapse into complacency in between. We cannot. This coronavirus outbreak makes that clear.”

Rep. Tom Cole (R-Okla.), the top Republican on the subcommittee, agreed. “I’m quite sure that we won’t be cutting the CDC anytime soon. I suspect quite the opposite,” Cole told the CDC director.

CDC Director Robert Redfield defended the administration’s budget request on Capitol Hill at the Tuesday hearing, saying that “smart investments in CDC’s core capabilities and facilities enable us to protect U.S. citizens from a host of domestic and international health threats.”

There’s been broad bipartisan support in Congress for increased federal funding to deal with the outbreak of coronavirus, a respiratory illness that causes COVID-19. President Donald Trump last week signed an $8.3 billion emergency spending bill to combat the outbreak.

“Obvious, we’re not cutting your budget,” Rep. Mark Pocan (D-Wis.) told Redfield on Tuesday. The Wisconsin Democrat asked the CDC director whether the United States had lost its chance at containment and is strictly working to mitigate the effects of the illness.

On Tuesday afternoon, CDC’s website cited 647 confirmed and presumptive positive coronavirus cases in the United States, and 25 deaths caused by the virus. The CDC reported Tuesday that COVID-19 had been reported in 36 states and Washington, D.C.

Rep. Lois Frankel (D-Fla.) asked Redfield whether the United States was at the beginning, the middle or the end of its fight against the coronavirus.

“I can’t predict,” Redfield told her.

He also declined to predict what percentage of the U.S. population might ultimately get the coronavirus.

“I think it depends on how effective our public health response is right now,” Redfield told her.

“We all have a role to play.” And he stressed, “If you’re sick, stay home, please, stay home.”