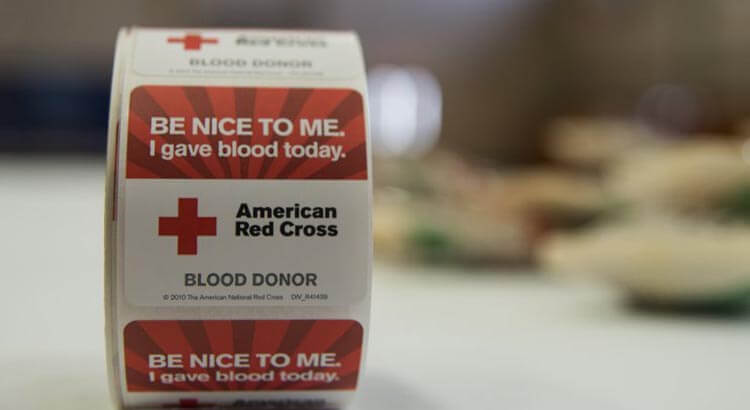 Blood banks are growing increasingly worried about a looming shortfall in the nation’s blood supply.

They say coronavirus-driven cancelations and closures at major blood drive sites — universities, high schools, and large employers — are threatening a shortage down the line.

As the infected population in Ohio continues to grow, the restricted blood supply represents another wave to crash in weeks to come as the strain on hospital beds, ventilators, and personal protective equipment mounts.

In Ohio, 532 American Red Cross blood drives have been canceled due to the pandemic, leading to an estimated 15,506 pints of uncollected blood, according to Christy Peters, communications manager for the organization in northeastern Ohio.

“We have seen through [Wednesday] across the country with the American Red Cross more than 4,500 blood drives canceled, and that’s resulted in 150,000 fewer blood donations,” she said.

Blood banks are urging healthy people to donate blood while as they’re able to.

There have been blood shortages before, usually after floods or earthquakes. The pandemic is unique, Peters said, because there’s no untouched sector of the country that can fill a hole in the supply chain for transport elsewhere.

The Food and Drug Administration’s Center for Biologics Evaluation and Research, which regulates the blood industry, said Thursday donations have been “dramatically reduced” due to the implementation of social distancing and cancellation of blood drives.

Dr. Dan Waxman, vice president and senior medical director for Versiti, an Indiana-based blood bank that collects in Ohio, said he’s less worried about the quantity in store now than the quantity a month from now.

“The inventory right now is doing OK, but we’re really concerned that with all these cancellations coming up, that we’re going to really get into a problem,” he said.

He said several thousands of donations scheduled over the next month have been lost to cancellations. Losing high schools and universities as blood drive sites has been especially damaging.

“That’s where 20 to 30 percent of our blood supply is coming from,” he said. “That’s a real concern.

Versiti’s website warns of a “severely declining” availability of blood.

At Vitalant, which calls itself the second largest provider of blood in the country, the company says blood drives from schools, churches, community groups and religious institutions comprise more than 60% of the nation’s blood supply. All these institutions are facing either closure or restricted attendance.

The company says parts of China and Seattle are seeing the blood supply at its “lowest levels” and in “danger of collapse.”

Versiti is doing the same. Waxman emphasized donors are being asked about international travel, contact with anyone who is infected, and whether they’re feeling well the day of the donation.

Grifols, a blood plasma center, said in a Wednesday letter posted online, the company is limiting the number of donors and employees in the center at any given time, restricting new donor appointments that take more time for information processing, spreading out donations, reducing seats in the lobby, and closing childcare centers.

The company said in a March 14 letter it would be checking the temperature of donors.

Can the virus be spread through transfusions?

The FDA did not respond to inquiries. Its latest guidance (dated March 11) says the potential for transmission of COVID-19 through blood is unknown.

“However, respiratory viruses, in general, are not known to be transmitted by blood transfusion, and there have been no reported cases of transfusion-transmitted coronavirus,” the FDA says.

The blood industry says COVID-19 cannot be transferred through a blood transfusion.

“To the best of our knowledge right now, there is no evidence you can receive it through a blood transfusion,” she said.

Neither Waxman nor Peters could cite any study concluding the disease can not transfer through blood.

As of 2 p.m. Friday, there are 169 confirmed cases of COVID-19 in Ohio, 39 of which required hospitalization.

State officials confirmed the first known death due to the disease in Lucas County.

On a national level, there have been more than 16,000 confirmed cases in the U.S. that have led to 210 deaths according to data from Johns Hopkins University.