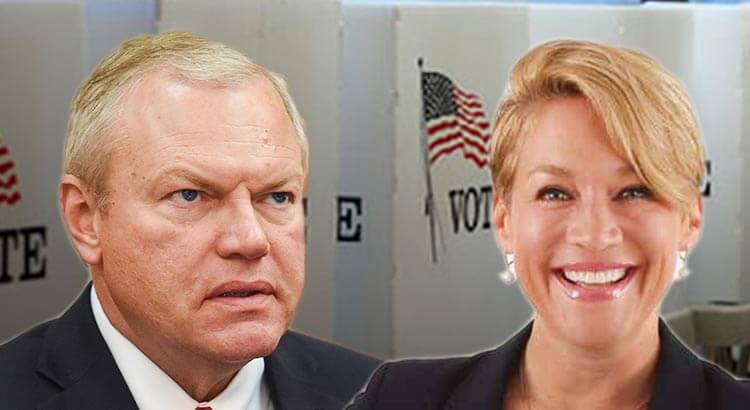 While Reineke, the wealthy heir to his family’s car dealership enterprise, has the on-paper advantage in the race against Ackison — more cash left in the bank, coveted endorsements from the Ohio Republican Party, Congressman Jim Jordan, and others — a source familiar with Reineke’s line of thinking told TiffinOhio.net News that he is privately expressing concern to those close to him that Ackison could pull off a stunning victory.

In the most recent pre-primary campaign finance reports filed by the candidates, the last of which will be made public before Tuesday’s election, Ackison outraised Reineke by over $26,000 — sending shock waves through the Ohio Republican establishment.

Ackison’s insurgent campaign has seen major success in its grassroots organizing efforts, in part due to her support from statewide conservative organizations with strong ground games, such as Ohio Value Voters, Right to Life Action Coalition of Ohio, and Ohio Gun Owners.

Reineke, seen as the more moderate candidate in the race, has been running a traditional, low-key campaign for much of the primary — even refusing to debate Ackison on multiple occasions. But things started to change shortly after one of the first district-wide polls was conducted by Reineke’s team, showing a tight race between the two contenders, the source told TiffinOhio.net News.

Upon learning of how close the race is, Reineke’s campaign reportedly entered panic mode. That’s when they dug out their opposition research on Ackison and launched a package of website, TV, mailer and radio ads dedicated to attacking her record as a small business owner.

Reineke’s campaign even went as far as to misquote one of Ohio’s largest newspapers, The Toledo Blade, in an attack ad against Ackison, for which it was reprimanded by one of the newspaper’s chief political reporters.

Reineke, who is serving his third term as state representative of the 88th Ohio House district, which includes Seneca and Sandusky counties, has been used to being able to coast to victory in previous elections without much effort. He’s never had a Republican primary challenger until now, ran unopposed for re-election in 2016, and defeated his Democratic challengers by double digits in 2018 and 2014.

The race between Reineke and Ackison has been recognized as the most brutal primary in Ohio state legislative history.

The Ohio primary election will take place Tuesday, March 17. Whoever wins the Republican primary — Ackison or Reineke — will go on to face Democratic challenger Craig Swartz, of Upper Sandusky, in the general election for the 26th district state senate seat.