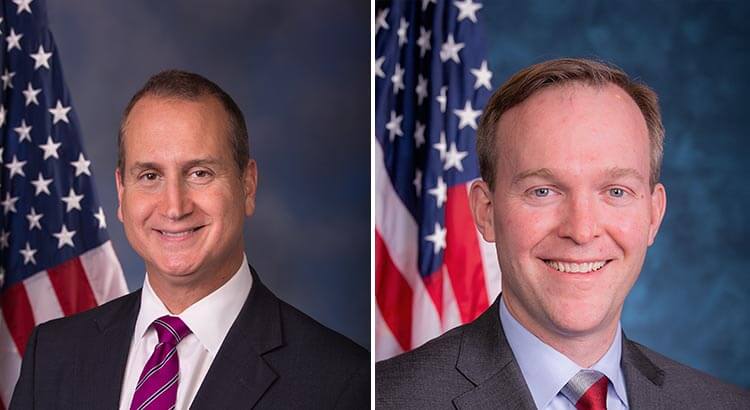 WASHINGTON — Two members of the U.S. House announced Wednesday that they had tested positive for COVID-19, leading other lawmakers to announce their own self-quarantine plans and increasing uncertainty about how far the illness has already spread on Capitol Hill.

Florida Republican Rep. Mario Diaz-Balart issued a statement Wednesday that he had tested positive for COVID-19. He decided to self-quarantine in Washington after he voted in the House last week, rather than return to South Florida, due to concerns about his wife’s preexisting health condition. He later developed symptoms including a fever and a headache, according to his statement.

“I want everyone to know that I am feeling much better,” he said. “However, it is important that everyone take this extremely seriously and follow CDC guidelines in order to avoid getting sick and mitigate the spread of this virus. We must continue to work together to emerge stronger as a country during these trying times.”

He developed “mild cold-like symptoms” after he returned home from Washington on Saturday evening, he said. “My symptoms got worse and I developed a fever, a dry cough and labored breathing and I remained self-quarantined.” He was tested on Tuesday and learned Wednesday that it was positive.

Other House lawmakers had previously announced self-quarantines amid the COVID-19 pandemic, but the announcements on Wednesday marked the first confirmed cases of the illness in the U.S. Congress.

Other lawmakers announced plans to self-quarantine after coming into contact with their colleagues.

Georgia Republican Rep. Drew Ferguson said he had been informed by the attending physician of the U.S. Congress that he had been in contact “with a member of Congress on March 13th that has since tested positive for COVID-19.” Ferguson said he planned to self-quarantine at his home in West Point, Ga., until March 27, although he wasn’t experiencing symptoms.

House Republican Whip Steve Scalise (R-La.) said he also planned to self-quarantine after he had an extended meeting last week with Diaz-Balart. Scalise said he was not experiencing symptoms.

The announcements come after lawmakers passed two coronavirus relief packages, but as members of Congress debate additional legislative responses to the pandemic. The House has been in recess this week, but is slated to reconvene next week.

It’s unclear whether the confirmed COVID-19 cases in the House will alter that schedule.

House Speaker Nancy Pelosi (D-Calif.) shot down a suggestion earlier this month that lawmakers should leave Washington to protect themselves from the illness, the Hill reported. “We are the captains of the ship. We are the last to leave,” Pelosi said.

The Centers for Disease Control and Prevention this week advised against all gatherings of more than 10 people in the United States for the next 15 days.

“In. Person. Voting. Should. Be. Reconsidered,” Florida Democratic Rep. Debbie Mucarsel-Powell wrote on Twitter Wednesday. “For the safety of our communities, during this emergency, we must be able to legislate from our districts.”

Rep. Donna Shalala, another Florida Democrat, tweeted, “Anyone and everyone is vulnerable to the coronavirus. We must heed the advice of public health officials in order to protect our families and communities. Wishing my friend and colleague @MarioDB a sound and speedy recovery.”