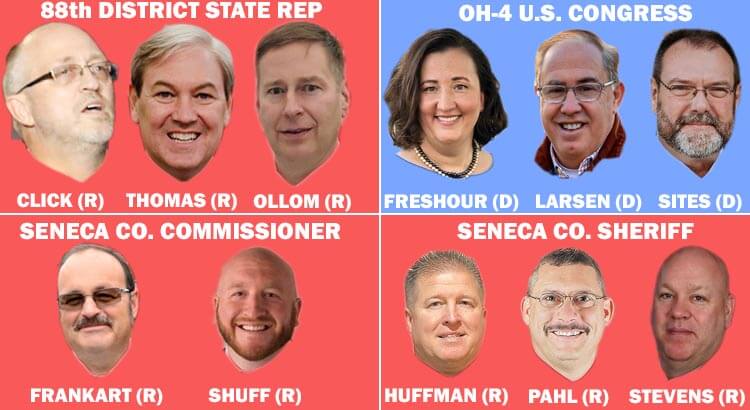 TIFFIN — Candidates running in four separate races in the March primary election will face off for the first time at the League of Women Voters Primary Candidates’ and Issue Night.

The event will take place at 7 p.m. Thursday, Mar. 5 at the Tiffin Middle School, 130 Shepherd Dr.

Candidates included in the program include:

The two candidates in the highly-contentious Republican primary for the 26th district state senate seat, current Rep. Bill Reineke (R-Tiffin) and Melissa Ackison (R-Marysville), will not be present at the event due to prior commitments at that time.

Also to be discussed at the event is the Tiffin City Schools bond issue.

The event is open to the public.

See also: What you need to know about the March 17 primary election in Ohio