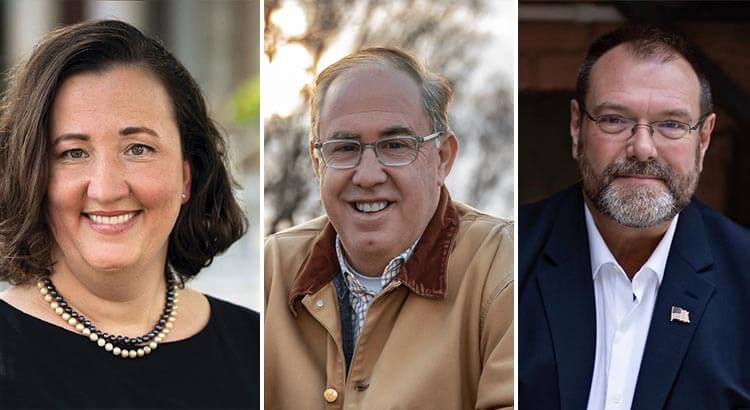 While powerful Rep. Jim Jordan (R-Urbana) doesn’t face a primary challenger in March, three Democrats are facing off to take him on in November.

Shannon Freshour, of Marysville, is a graduate of Trinity Washington University in Washington, D.C. and earned a masters degree from Johns Hopkins University in American government.

Freshour worked in the Washington, D.C. area for a number of years gaining access to federal government and its relationship to the states and local communities. She returned to Ohio for family reasons and currently works as a litigation paralegal.

“I am a ‘get stuff done; everyone just stop playing partisan games’ Democrat. I do not believe that only one side is correct. No one group is correct on everything, and good ideas can come from people I strongly disagree with on a lot of other things. I believe you stand on principle and compromise on policies where you can,” Freshour said.

Freshour describes herself as the “daughter of a hardworking single mom often working multiple jobs to make ends meet,” adding that her priorities include healthcare, an economy that works for working & middle class people, commonsense gun laws, education & schools, and reproductive healthcare.

“I will fight to protect the working and middle class. We need to ensure we are working towards a strong economy by investing and providing family-wage jobs. This means higher wages for workers, paid sick leave and family leave. This also means working on tax-cuts to small and medium sized businesses so they have the opportunity in today’s economy to grow and thrive,” Freshour said.

“Wholeheartedly, I support universal coverage with a public option where people can buy into Medicare or Medicaid when they wish or need a safety net.  Simply because someone’s employment status changes they and their family should not be thrown into financial peril by losing their health coverage too,” Freshour added.

Mike Larsen is a retired television writer who worked on popular shows like “The Drew Carey Show” and “Ellen.” He and his family now live in Plain City.

The middle child of a large, blue-collar Catholic family, Larsen says he knew from an early age that anything he wanted to accomplish he had to earn himself. He joined his first union at 14 – the Teamsters – when he got a job as a peanut vendor at a Major League Baseball stadium, and has been a proud member of three other unions, including his current union – The Writers Guild of America.

With Congresswoman Speier, Larsen worked on banking reform, healthcare, fighting the climate crisis, strengthening worker’s rights, expanding broadband to rural America, and getting battlefield weapons off our streets. Recognizing his leadership, Speaker Pelosi asked Larsen and a colleague to train other Democratic offices on the Job Hunters Boot Camp, a program they created at the depths of the recession to help jobless constituents learn new career skills.

“Ohio has had enough of politicians who only talk. We deserve a congressperson who listens, and works as hard for Ohioans as we do for our families,” Larsen said.

Jeffrey Sites was born in Lima, OH where he attended the Lima Bath school district through his high school graduation in 1985. In 1987 he enlisted in the Army and served as a Military Police Officer. After an honorable discharge, Sites attended the Ohio Institute of Photography & Technology (OIPT) and earned an Associates Degree.

Currently, Sites is employed as an assistant manager of shipping and receiving, leading a team of more than seventy associates in Findlay, Ohio. He says that in the past six-years with his company, he has witnessed the constant outsourcing of jobs overseas. He’s also taken notice of the divisive and hateful rhetoric that has infiltrated our political system.

Sites says he’s also taken notice of how his Congressman, Jim Jordan, has “single-handedly brought our nation to the brink.”

“Jordan, as a leader of the Freedom Caucus, has helped force government shutdowns, and while he relished his role leading investigations into President Obama and Hillary Clinton, he believes that Donald Trump can do no wrong,” Sites said.

On the issues, Sites says an economy that’s not working for the middle class is a “lousy economy,” no matter how high the stock market goes. “We have to invest in creating good-paying jobs you can raise your kids on, and protect the ones we have from outsourcing,” Sites said. “We’ve paid into Social Security and Medicare, we’ve earned it and we should be able to count on it. We won’t let our seniors and future generations lose out to pay for tax cuts for billionaires.”

In terms of where each candidate lands on the political spectrum, Larsen is considered to be the most progressive candidate in the race, while Sites proudly identifies as a moderate Democrat.

Jim Jordan is now in his seventh term in the House after first being elected in 2006.

Related: What you need to know about the March 17 primary election in Ohio