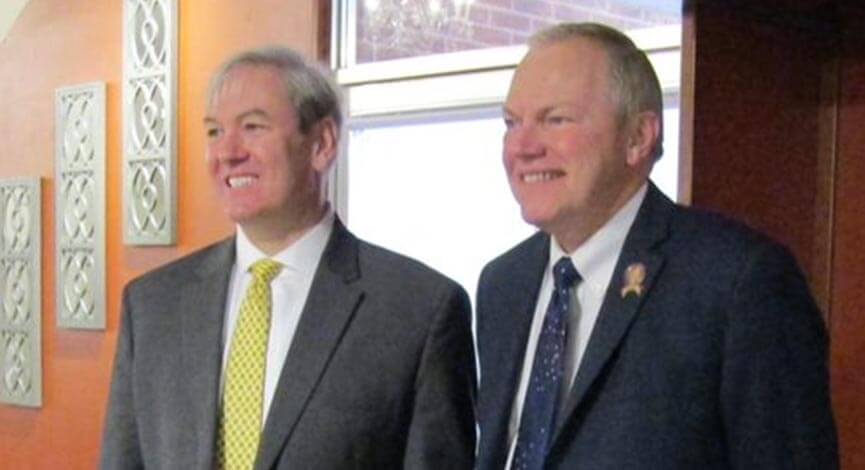 Thomas presented the county’s 2019 year in review report and also looked ahead to the rest of 2020, while Reineke gave a legislative update on several important issues he is working on in Columbus.

Thomas said 2019 was a busy and successful year. He also reviewed strategies and initiatives for 2020, which include continuity, communication and collaboration with local and state partners.

The county’s year in review report can be viewed here.

The two spoke to a diverse crowd of community members including local elected officials and those representing educational institutions.

Thomas’s name will appear on the Republican primary ballot in March to succeed Reineke as state representative for the 88th Ohio House district, which includes Sandusky County and the majority of Seneca County.

Reineke is in his third term as state representative and is currently running for state senate in a heated primary against Marysville businesswoman Melissa Ackison.

Reineke hasn’t made an endorsement in the Republican primary race to succeed him as state representative, but he and Thomas appeared happy to see each other at the breakfast.