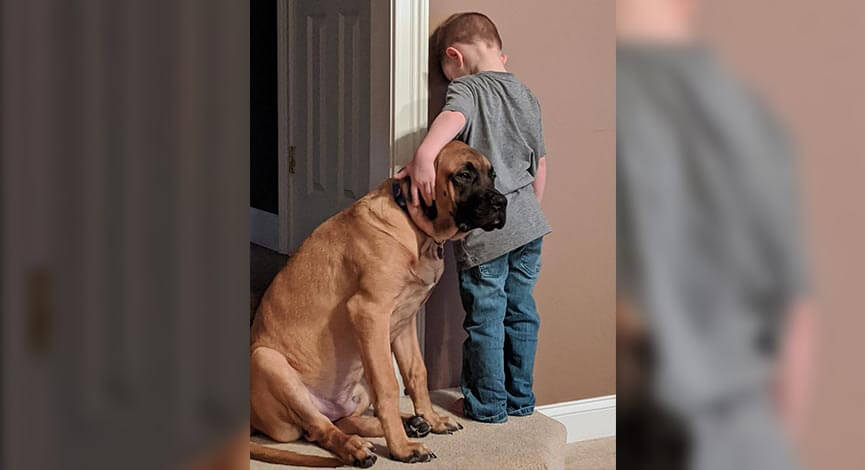 A photo of a dog joining a Norwalk boy as he was in timeout has gone viral on social media.

Jillian Smith said she snapped the photo after her son, 3-year-old Peyton, was given the option to go to his bedroom or a timeout.

Smith said Peyton chose the timeout after getting into a fight with his sister.

Shortly after Peyton stood up against the wall for his timeout, the family English Mastiff named Dash, came up right next to him and sat down.

Smith said Peyton describes Dash as his “best buddy” and that they were shocked by the viral nature of the photo.