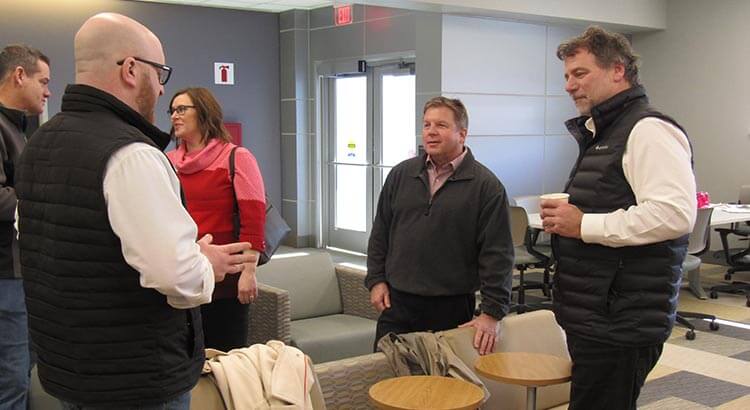 Commissioner Anthony Paradiso was joined by Fostoria Economic Development Corp. President Renee Smith for a cup of coffee and good conversation with constituents at the Fostoria Learning Center, 342 Perry St.

Paradiso and Smith gave a brief speech to those in attendance, but for most of the hour, they shared a conversation with residents and answered questions.

The event is the second of a series that was launched last year in attempt by the Board of Commissioners to improve accessibility and transparency.

Paradiso said he enjoyed the event because of the less formal, one-on-one format that can allow casual conversation in a comfortable environment.

“It’s great for us because we can meet more new people throughout the county,” Paradiso said. “This can help make me a better commissioner.”

Wirth said she was excited to be part of the series.

“Our commissioners do a fantastic job of being available and ensuring transparency,” she said. “It’s an honor to partner with them to create one more avenue for residents of Seneca County to have the opportunity to voice concerns and be heard, learn what is in store for the county, and meet our community leaders face to face.”

More events will be scheduled throughout the year, with Commissioner Mike Kerschner as the next host. A time, date and place will be announced for that event soon.