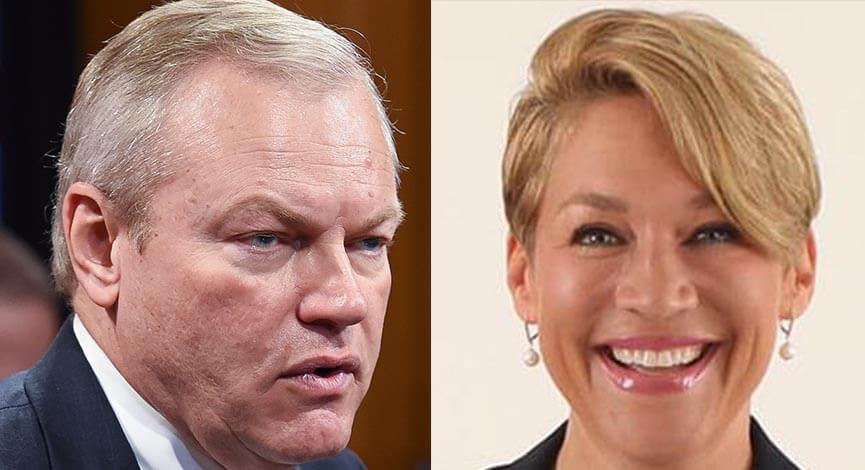 Pundits have already labeled the Republican primary race for the 26th district state senate seat between Bill Reineke (R-Tiffin) and Melissa Ackison (R-Marysville) as the most contentious primary fight in Ohio legislative history, and the race continued to heat up over the weekend as Ackison lashed out over Reineke’s latest attacks.

“Well isn’t this nice,” Ackison said of a photo posted to an attack website against her setup by Reineke’s campaign, in which Ackison is seen standing in the center of a group of people, including supporters, her husband Rich, and her legal team.

The photo, entitled “THE ACKISON TEAM: REAL Democrats, REAL Criminals, FAKE Conservatives,” points to Ackison as a “fake conservative,” to Ackison’s attorney and a private investigator working on behalf of her campaign as “Democrats,” and to the Marion County co-chair of her campaign, Tracey Cooperider, claiming he was “convicted of domestic violence.”

“Apparently Bill Reineke’s goal is to shame and ruin ANYONE who supports me EVEN if it’s TRUMP SUPPORTING constituents in the district!” Ackison posted on Facebook.

“This picture is A LIE!” Ackison said. “Trump supporting constituent Tracey Cooperider is NOT a convicted criminal! An ARREST is NOT a conviction of a CRIME! Tracy was adjudicated by a jury trial AND found innocent when defending his children for God sake!”

Court records show Cooperider was arrested on a domestic violence charge but was later found not guilty.

Cooperider was at the center of a video shared on social media in October, in which he was seen being “physically removed” from a meet-and-greet event for Bill Reineke’s campaign by one of Reineke’s volunteers.

Ackison also refuted the claim that a private investigator working on behalf of her campaign, Ron Scheiderer, is a Democrat.

“Retired Sheriff Ron Scheiderer is NOT a DEMOCRAT! Ron is a Detective licensed by the State of Ohio and loves OUR President! Ron is an INDEPENDENT for the last decade!” Ackison said.

Ackison did, however, say that her attorney, Rocky Ratliff, is a registered Democrat.

Ackison said she is not a “fake conservative” and that she is in fact rated as “the most conservative” in the race by iVoterGuide.

“SOUND OFF about Bill’s GUTTER CAMPAIGN abusing OUR CITIZENS! Rocky Ratliff PREPARE another lawsuit!” Ackison added in her Facebook post.

The photo was taken down by Reineke’s campaign team after Ackison called them out in a Facebook post.