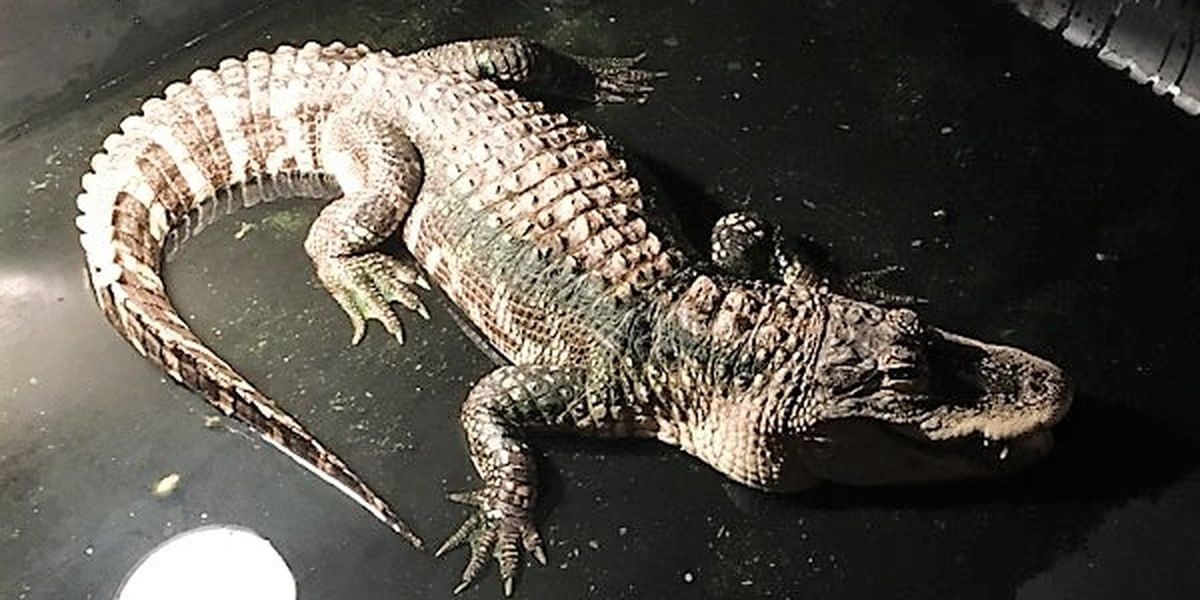 GROVEPORT, Ohio — There are some things they just don’t teach you in the police academy.

On Thursday, officers from the Madison Township Police Department received a report of an alligator being penned in the basement of a residence in Groveport.

The Ohio Department of Agriculture was notified, and confirmed the residents did not possess a valid exotic animal permit as required by Ohio law.

State wildlife officials responded to the scene escorted by Commander Darrel Breneman, where the property owner voluntarily surrendered the animal.

The 25-year-old alligator is retiring to an animal sanctuary in Myrtle Beach, South Carolina. 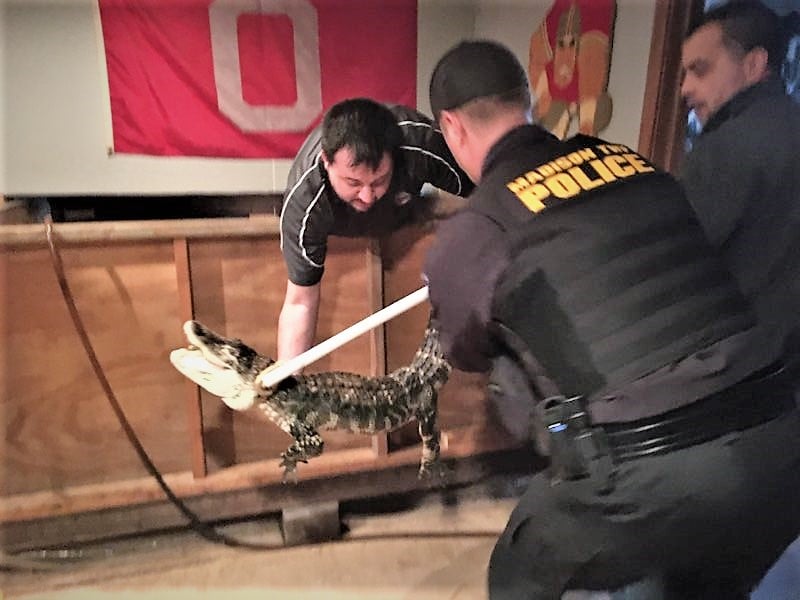 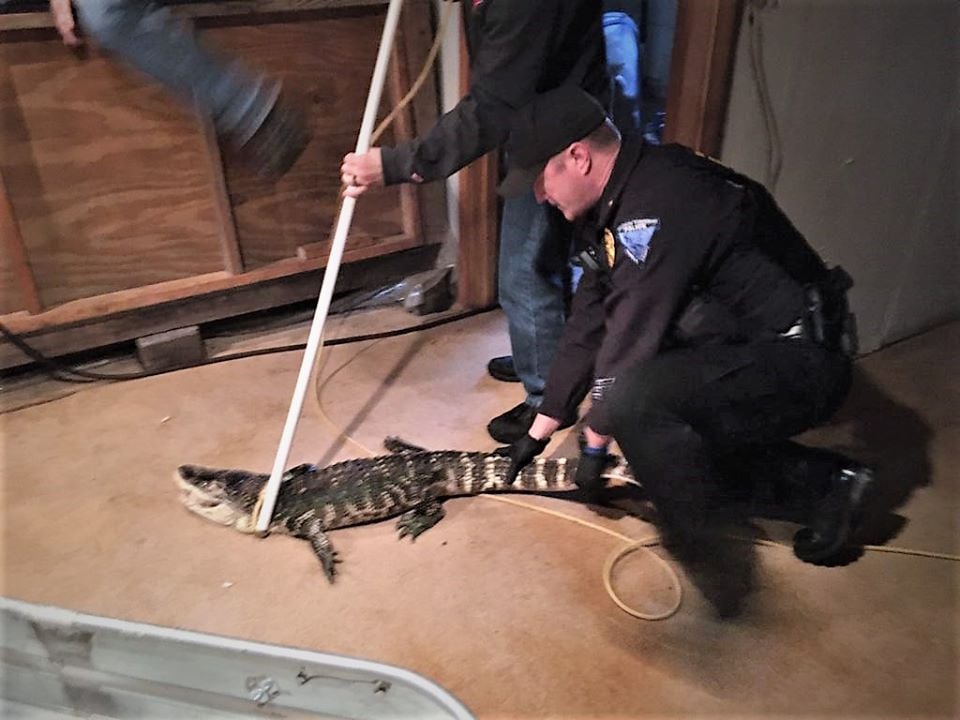 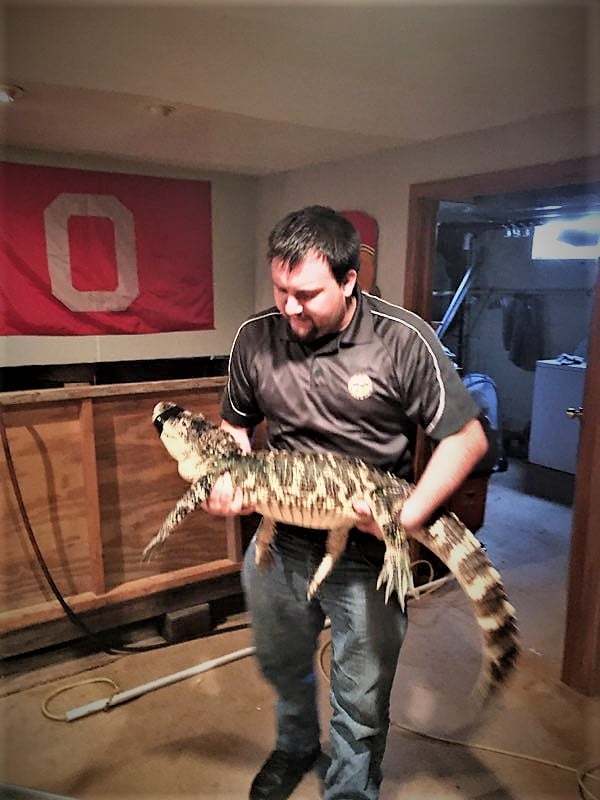