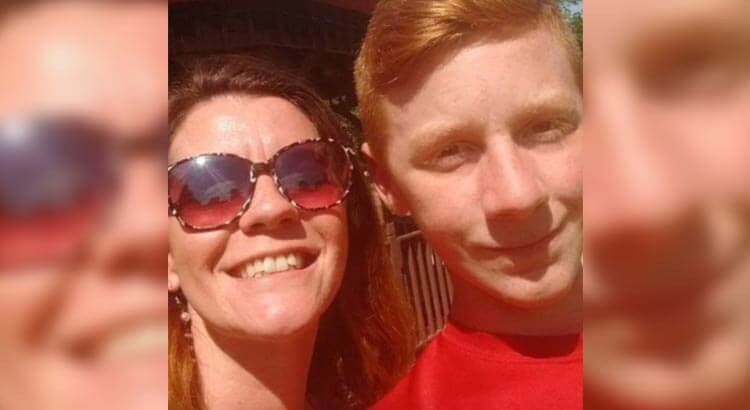 NORWALK, Ohio — A Norwalk mother has launched a petition aiming to enact legislation requiring employers to notify family when minors don’t show up to their workplace, following the death of her 17-year-old son in November.

“My son was an employee of Kalahari resorts in Sandusky, OH.  He was a deep water lifeguard,” Bonnie Jackson, mother of Damian Henning, said on the Change.org petition.

“He just turned 17 in September 2019. He worked split shifts and on November 10th, 2019 he worked the first portion of his shift.  The second portion was to start at 415pm. He was a no call, no show.  Kalahari did not call me, his parent, to notify that my son was not accounted for,” Jackson said.

Back in November, the Huron County Sheriff’s Office confirmed that they had located the body of Damian G. Henning, 17, under the High Level Bridge near the Maumee River in Toledo.

“I was under the impression that my son was at work this entire day.  They never even attempted to contact him. Not a single miss call on his call log.  I work early and typically go to bed before he gets home from work. He was very responsible and I knew his schedule,” Jackson continued.

The sheriff said Henning was last seen leaving his workplace, Kalahari in Sandusky, around 2 p.m. on Sunday.

“I did not know he was missing until 5:30 am the next morning when I went to leave for work and his car was not in the driveway.  My son was found DECEASED over 60 miles away in Toledo! His cell was back where he went missing.  So there is no tracking his location,” Jackson said. “His death could have been prevented with ONE telephone call!!! Schools are mandated to notify parents. Employers that employ minors NEED to be held to the same accountability. Ohio is one of the largest human trafficking networks. This would help eliminate a head start from any predator of our teens. Please help me make a change.”

Jackson said she believes employers should be required to notify family of minors when they don’t show up to work and don’t call the workplace.

“In name of my son, Damian Gage Henning, I will fight for change!” Jackson said.

The Lucas County Coroner determined that Henning died from extensive internal blunt force injuries after jumping from a bridge in what was likely a suicide.

Henning’s vehicle, a 2002 yellow Ford Mustang, was also found by authorities near the bridge.

“I will NOT sit quietly! I do NOT care that it is the holiday seasons. I want answers and I want change. If my son committed suicide then prove it! If he did not and something happened to him then prove it!,” Jackson said in a viral Facebook post.

“Show proof how my son drove on his own to Toledo without GPS, when he has never driven there before. Show me proof that you know he went there by himself. Show me where all his missing belongings are at? Explain why his seat was in the wrong position? Explain why fingerprinting was not done on his car for a definitive answer.”

To view the petition, go to Change.org here.