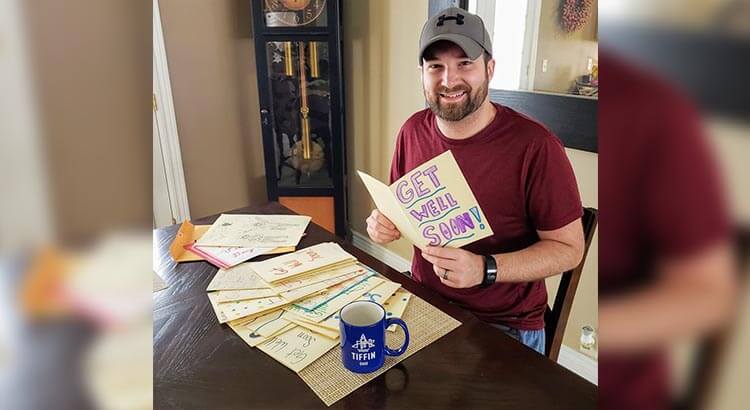 Tiffin Mayor Aaron Montz received a “pleasant surprise” this week when a batch of “get well soon” cards arrived at his home from local students.

“A pleasant surprise showed up this week from Calvert Catholic Schools in the form of ‘get well’ cards from the eighth grade class,” Montz said in a Facebook post.

“Definitely brings a smile to your face to receive such a thoughtful package of handwritten cards from the students,” Montz said.

Montz is set to return to work Monday following the surgery to repair a “large ruptured herniated disc.”

Montz underwent surgery in January and says he is “on the road to recovery.”