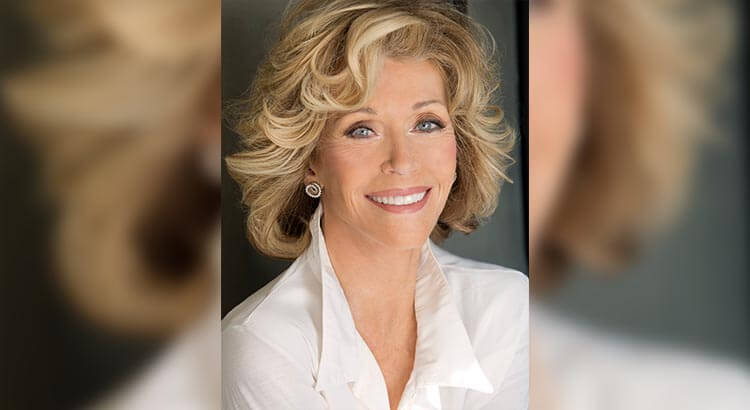 The commemoration represents a significant milestone in the history and legacy of May 4, 1970. For the first time, Kent State students, faculty, staff and university leaders, along with May 4 survivors and family members, united around a commitment to forever honor the day when the Ohio National Guard fired on students during an anti-war protest, killing four and wounding nine.

The annual May 4 Commemoration provides an opportunity for all to remember and honor the tragic events of May 4, 1970 that occurred on the Kent State University campus.

Jane Fonda, 82, will speak as a part of the presidential speaker series; other speakers for the commemoration include constitutional law expert Laurence Tribe and historian Eric Foner.

A crowd of approximately 6,500 were in attendance that day when she gave her remarks to those who had gathered to remember the shootings 4 years earlier on May 4, 1970. During her speech, she talked about the change in political activism occurring in the country and encouraged young people to be active in bringing an end to the war in Vietnam.

“It is our great responsibility and honor to welcome the nation and world to our campus,” said Kent State President Todd Diacon. “Together we will remember Allison Krause, Jeffrey Miller, Sandra Scheuer and William Schroeder, and honor Kent State and community members who have kept their memories alive for 50 years. We will listen to, and learn from, noted speakers, experts and performers, all while we absorb the lessons of the importance of free speech, the need for civil dialogue and the dangers of polarization.”

The weekend of special events for the 50th Commemoration will take place over four days from Friday, May 1, through Monday, May 4, with each day emphasizing a different focus of the May 4 story:

FRIDAY, MAY 1 – FOCUS: VIETNAM ANTI-WAR MOVEMENT 1968-1970
Opening Event
Commemoration Weekend kicks off at noon on the Commons at Kent State with a program remembering two student rallies on May 1, 1970, that set into motion events that would change public opinion about the Vietnam War.

Panel: The Impact of the Anti-War Movement
As the Vietnam War continued to escalate with the invasion of Cambodia, resistance to the war grew across college campuses nationwide. In Kent, anti-war students focused their efforts on opposing the Cambodian invasion and Black United Students centered on the disparate treatment of African Americans on campus and in the wider society. This panel discussion explores how student activists as well as rank-and-file soldiers and military veterans influenced public opinion and helped force an end to the conflict and redress racial inequities.

Panel: WITNESS – The Pivotal Role of Students in Documenting the May 4 Shootings
Through this panel discussion and a companion exhibit, “WITNESS” tells the story of the events of May 4, 1970, through the eyes of the Kent State students and student journalists who experienced them. Their words and photographs offer compelling and courageous eyewitness perspectives that served as an early and essential visual history of May 4.

Documentary Film Series
“The War at Home” – Glenn Silber, Co-Director
“Fire in the Heartland” – Danny Miller, Director
Screenings of the documentaries will be hosted by the respective filmmaker and will be followed by an audience discussion. Both films also will be shown throughout the weekend.

SATURDAY, MAY 2 – FOCUS: IMPACT OF STUDENT ACTIVISM
Global Voices of Student Activism at Kent State
After returning to their home countries, many international students translate their Kent State learning experiences into social engagement and activism. This panel discussion showcases extraordinary stories of students and alumni who have contributed to solving environmental issues and social conflicts at home.

Keynote Luncheon Speaker: Eminent Historian Eric Foner
Eric Foner, DeWitt Clinton Professor Emeritus of History at Columbia University, will be featured. He is one of the nation’s leading historians and a Bancroft, Lincoln and Pulitzer prize-winning scholar on divisive conflicts in American history.

Educational Forums and Panels
Several panel discussions during the day will focus on topics including the evolution of the May 4 Task Force, the 1985-1990 May 4 Memorial process and the legal aftermath of the May 4 shootings.

Presidential Speaker Series: Activist and Actress Jane Fonda
Activist and Academy Award-winning actress Jane Fonda is the featured Presidential Speaker for the May 4 Commemoration weekend. She will discuss her life in social activism and reflect on the history and legacy of the events of May 4, 1970. The event is free and open to the public, but advance reserved tickets are required.

MONDAY, MAY 4 – FOCUS: 50TH COMMEMORATION TO HONOR AND REMEMBER
Honoring the Faculty Marshals and Faculty of 1970
This special breakfast honors the faculty marshals and the faculty of 1970 who prevented further bloodshed on May 4 and assisted students in continuing their studies after the closure of the university. Their courage, sacrifice and support continue to inspire to this day.

Commemoration Ceremony
The yearlong 50th Commemoration of May 4, 1970, culminates in this meaningful ceremony honoring and remembering lives lost and forever changed. This milestone program pays homage to the May 4 legacy and includes reflections; special recognitions; tributes to fallen students Allison Krause, Jeffrey Miller, Sandra Scheuer and William Schroeder; the reading of the chronology; music; and a symbolic moment of reflection at 12:24 p.m., the exact time when the shootings occurred.

Keynote speaker is Laurence H. Tribe, the Carl M. Loeb University Professor and Professor of Constitutional Law at Harvard University, who is widely regarded as one of the world’s foremost experts on constitutional law.