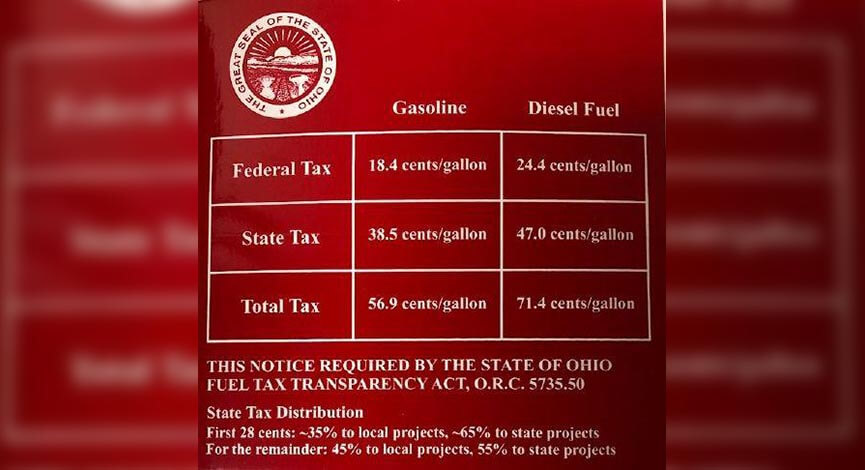 A new sticker will soon be affixed to most gas pumps in the county. These stickers itemize, or reflect, the taxes included in the price of a gallon of fuel in order to inform the consumer, Seneca County Auditor Julie A. Adkins announced today.

The stickers are required by last year’s state transportation budget, which also raised the state tax on gasoline by 10.5 cents per gallon on July 1, 2019.

The diesel fuel tax increased by 19 cents per gallon. Proceeds from the fuel tax are used to maintain and upgrade Ohio’s roads and bridges.

“These stickers are another informational tool that will benefit consumers. It increases the transparency of fuel prices for Seneca County residents,” Auditor Adkins said.

The approximately four-inch by four-inch stickers will show a breakdown of state, local and federal taxes that are being levied on gasoline and diesel fuels, along with the total tax amount.

Per the new law, the stickers were created and paid for by the Ohio Department of Agriculture.

The stickers will be affixed by the Weights and Measures Staff of the Seneca County Auditor’s office during routine inspections. Gas tax stickers must be placed on the gas pumps in each county and city jurisdiction by September, 2020.

They do not need to be used if the tax information is displayed in another way, such as on a video screen or in a prominent place at the gas station.

Stickers will be updated with any future changes to the gas tax.