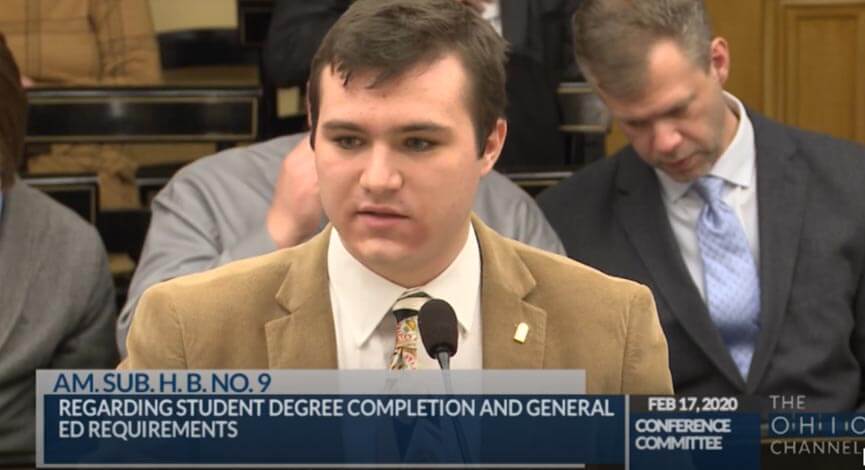 COLUMBUS (Ohio Capital Journal) — An Ohio legislative committee adjourned without making a decision on changes to the state’s private school voucher program, but not before hearing about 50 hours of testimony over the course of a week.

The testimony came from schools districts and students from all reaches of the state, and included pleas to keep the EdChoice program in place, and emphatic arguments to get rid of the program all together.

The House and Senate have both produced proposals on “the fix” for EdChoice, the scholarship program that currently allows students in schools considered underperforming on state report cards to apply for a voucher to go to a nearby private school. The vouchers currently come out of a school district’s share of state funding.

The House passed an overhaul that would eliminate EdChoice and replace it with the Buckeye Opportunity Scholarship program that would be based solely on family household income and not on performance of schools. The funding for the vouchers would also come directly from the state, rather than being passed through the districts.

Those currently under the EdChoice program would be grandfathered into the new program.

The Senate’s version, which was on the table during conference committee hearings last week, would leave the current system of EdChoice but exempt some report card rankings, and increase the poverty level under which families fall to be eligible for the scholarships.

Those seeking to eliminate the program said the concept of “failing schools” was rather a product of a failing ranking system and state funding model.

Michelle Novak resisted sending her kids to Middletown’s public schools “because of my perception based predominantly on ranking from the report cards,” but after trying other educational models, her kids are now students there and she was even elected to the school board.

“Not only are my children excelling academically, but they’re learning empathy in an environment where diversity is normal,” Novak told the conference committee.

Middletown is on a list of “underperforming” schools, but Novak said that ranking wasn’t because of a lack of effort or ability on the school district level. Instead, it was a flawed standard for success set by the state.

“Not once did the state ask if maybe the reason we were not meeting their achievement goals was because we never received full funding for our students, which means there were always much needed supports that were not available,” Novak said.

Shaker Heights graduate Christos Ioannou worries about the impact of the ranking system based on report cards, especially as his two younger sisters continue in the school district. He said legislators need to be going to the districts to gather information about performance, and talking to administrators, parents and students alike.

“That is how we can get an accurate grasp of what’s going on in the school district,” Ioannou said. “We can only learn so much from numbers.”

Some who testified at the committee hearings weren’t arguing necessarily for the removal of the voucher program. Gina Daniels, a teacher at Licking Heights High School, said she prefers the House’s overhaul of EdChoice, but the biggest thing she wants to see is the same standards given to private schools and public schools.

“Without the ability to compare these private schools, because of their lack of a report card at all, there’s no way to know if these students are faring better there than in our transparent and accountable public schools,” Daniels said.

The superintendent of Van Wert City Schools, Vicki Brunn, said the district has not received credit in terms of performance rankings for the work they’ve been doing, despite limited resources. Although an early child center received a 5-star rating in the state’s Step Up to Quality review, and a passing grade for every third-grader on state reading tests, the district received a D on their state report card in 2019.

“How is it fair to call a public school system a failure and allow that student’s state funding to go to a private school who may score even worse using the same accountability measures?”

The Ohio Federation of Teachers sent out a statement Tuesday expressing their support for the EdChoice overhaul.

“After hearing the challenges our schools are facing and the quality programming and personnel that are being put in place to address these challenges, our legislators should be ready to put more funding into schools instead of funneling money to private schools,” said OFT president Melissa Cropper in a statement.

The Ohio Education Association had a similar opinion in a Tuesday statement on the matter. OEA president Scott DiMauro applauded the House’s version of the voucher program fix.

“Ohio educators reject the Senate plan that would continue to have hundreds of schools deemed ‘failing’ and eligible for EdChoice vouchers based on a flawed report card system,” DiMauro said.

The legislature has until April 1 to come up with a bill for the governor to sign. Both House Speaker Larry Householder and Senate President Larry Obhof were scheduled to meet with the governor to discuss EdChoice this week. 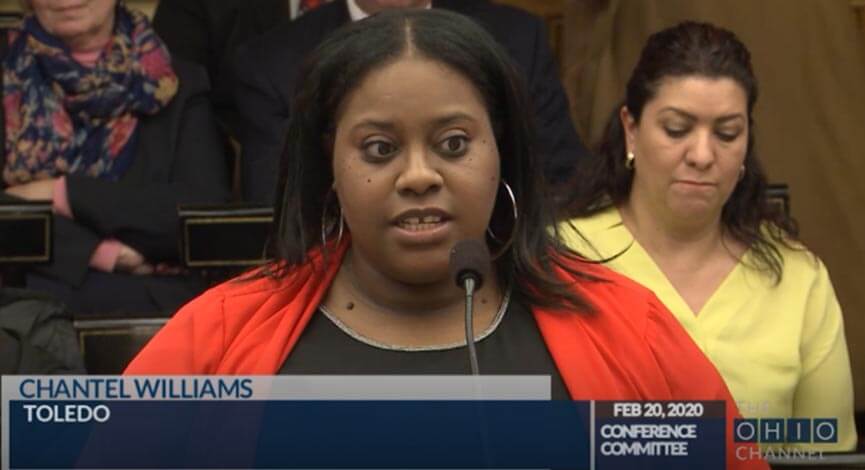 Students and parents from Ohio’s private schools stayed up past their bedtimes in some cases to put their two cents in about the state private school voucher program’s fate.

At conference committee hearings to decide on one particular proposal for EdChoice, private school advocates argued the workforce waiting for their students and the competitive nature of modern education warrants a better system than the school report cards say Ohio has.

The important element to any education, both private school and public school supporters agreed, is helping students flourish.

“The heart of Ohio’s school choice system is that parents have the option to find the best-fit school for their child,” said Dr. April Domine, Head of School at Gahanna Christian Academy.

Domine said the school risks closure if the voucher program goes away, and families who have already applied are hanging in the balance as the legislature withholds a decision on the EdChoice program.

She said “fast, mid-year sweeping changes” would be beneficial to the students.

“Without EdChoice, these families face enormous decisions like potentially selling their homes and moving out of communities that they are invested in, because they desire a different educational experience for their child.”

Some students attended the hearing to give their perspective on the private school experience. Fatiha Ali, of Lake Catholic High School, went to public schools before 2013, and said she noticed the difference immediately.

“The educational foundation I received from the private schools has been phenomenal,” Ali, a future University of Dayton student, told the committee. “Attending a private school has given me more opportunity than I was ever offered while attending a public school.”

Brailyn Morrow still has a few years before she goes off to college, but the 10-year-old Toledo resident said she already hopes to attend Ohio State University. She said the voucher program has been a “blessing” for her after attending charter schools.

“I’m with people who are excited to learn about God,” Morrow said. “My teacher has more time for me than I’ve ever had.”

Brailyn’s mother, Chantel Williams, said the faith-filled education and a “safe and profound environment” were important to her for her children. She said a smaller class size and “like-minded village” was necessary for Brailyn’s education.

“My daughter’s prayer life has strengthened, my once-before unmotivated kiddo has now found a new passion for life and for her faith,” Williams said.

Williams said Brailyn “lost hope” as part of a larger-sized classroom, which Williams said has not been an issue in private school.

The committee ended their hearings last week without coming to a decision on House Bill 9, which was amended to include the Senate proposal for EdChoice.

Another bill, Senate Bill 89, includes the House version of the program, an overhaul that would replace EdChoice with the income-based, directly-state-funded model called the Buckeye Opportunity Scholarship. The Ohio Federation of Teachers and the Ohio Education Association have both come out in favor of the House’s overhaul of the program.

At the end of the hearings, committee chairman state Rep. Don Jones, R-Freeport, was asked about next steps, and he said more reflection was needed on the more than 50 hours of testimony presented.

“We’re going to adjourn, I think we need to let our minds have a little time to become unwarped and we’ll go from there,” Jones said.