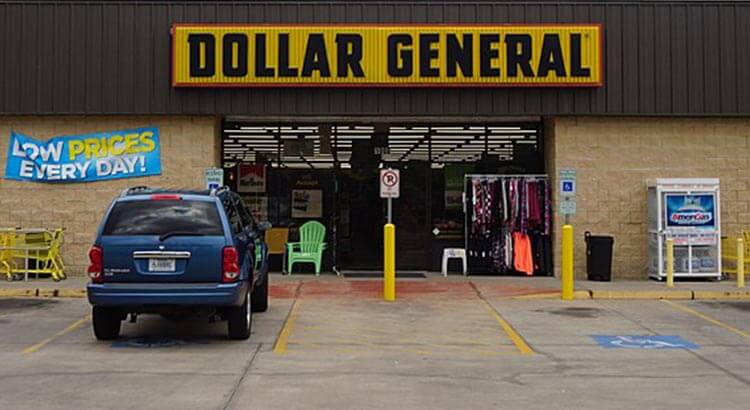 TIFFIN — After extensive discussion Monday, the Tiffin City Council voted to table an ordinance that would rezone two parcels of land on the north-end of Tiffin from residential to commercial for a Dollar General store.

The Tiffin Planning Commission recently approved a measure to change the zoning classification of a parcel of land at 31 W. Davis St., owned by Road Runner Rentals LLC, and a parcel of land at the rear of 235 N. Sandusky St., owned by Timothy C. Everhart and Terri L. Simons, from residential to commercial. Developers are looking to construct a Dollar General store at the location.

The developers of the project will present alternative options to council.

The Planning Commission has encouraged Tiffin City Council to approve Ordinance 19-79, which would approve the amendment of the Official Zoning Map, but noted that council should consider concerns of residents in the area.

At a council meeting two weeks ago, a second reading of the legislation was held, and several members of council shared concerns regarding the proposal.

“With the potential location of Dollar General on the north end, relatively recently there was a Facebook post on Seneca County Museum’s Facebook page that received quite a bit of comments, with a majority of them more towards the negative side,” Councilman Ben Gillig said. “I’m still kind of trying to figure out what it is I’m going to do with this once it comes to council voting. I just feel like the voters should know that I have a very hard time justifying turning down any sort of business development, just with the message that would send.”

“I understand a lot of the concerns, and I’m still sort of weighing my own conscience and how I feel, but that would be a very difficult thing to turn down,” Councilman Gillig continued.

Councilman Tyler Shuff said that he shares a lot of the same concerns as Gillig.

The parcel of land at 235 N. Sandusky St. includes a building which had been known for several years as the “Betty Jane Memorial Center,” according to the Facebook post from Seneca County Museum which Councilman Gillig referenced in his remarks.

“In 1935, this was the home of Mr. and Mrs. John Friedman, and on October 21st of that year, they suffered the tragic loss of their 11-year-old daughter, Elizabeth Jane Friedman. Elizabeth had been critically ill for a week and was at the Cleveland Clinic where she had surgery for a streptococcic condition of the throat. The operation wasn’t successful, she developed a sinus infection following the operation and after a few days, she sadly passed away. Her birth name was Elizabeth, but the sixth grader from St. Joseph school was better known by her friends as ‘Betty’,” the Facebook post from the Seneca County Museum stated.


“On June 17th, 1957, with financial support from the Friedman family, National Machinery Company & Foundation of Tiffin, and support from the community, Mr. Friedman donated his family home to become the new ‘Betty Jane Memorial Rehabilitation Center.’ During the first year, 3,740 appointments were made for children in need. Within a few years, plans for a new and larger facility were in the works, and it became a reality in 1962 with the opening of their new building on St. Francis Avenue,” the museum continued in the post. “This home once experienced a tragic loss of a young child, but then became a place of hope for thousands of children… and soon will be the site of a Dollar General store.”

Councilman Ken Jones asked for clarification on the historic status of the building, and whether that would prevent its demolition.

“A gentleman on Apple St., which is close to the Dollar General location, informed me that it is a historic building and therefore it cannot be torn down,” Councilman Jones, who represents the Second Ward where the proposed rezoning would take place, said during the meeting.

However, Tiffin City Law Director Brent Howard noted that even if a building is listed on the National Historic Registry, that does not mean the building cannot be torn down. “The land owner can still tear down properties that are on that registry, it does not prevent them from doing so,” Howard said.

Councilwoman Dawn Iannantuano said while she understands the concerns of residents in the area and would like to take a deeper look into issues surrounding the development, she does not want to discourage business development in the city.

Hundreds of comments rolled in on the Seneca County Museum’s post regarding the rezoning, with many of them, as Councilman Gillig noted, being negative about the development.

“What a great story of tragedy and hope! Seriously? Do we really need another Dollar store? Sad & pathetic,”  local woman Laura Pellegrini said in the comments.

Councilman Ken Jones added during Tuesday’s meeting that a man who lives near the property is organizing a petition in opposition to the proposed rezoning.

“Someone close to 31 W. Davis St. is getting a petition together, he’s going around circulating it around the neighborhood, doing some fact-finding on his own. He’s going to report back to me with his findings,” Councilman Jones said.

After initially discussing his plans with Councilman Jones, resident Eric Cook, who lives next to the parcels of land under consideration for rezoning, announced last Thursday on Facebook that he has launched a petition opposing the ordinance. “Any help would be appreciated,” Cook said in his Facebook post.

The developers of the Dollar General store have said that there would be an appropriate buffer between the store property and surrounding residences.

Some residents have questioned the need for another discount store in Tiffin, to which Councilman Ben Gillig said, “Surely the good people of Dollar General have done their research, and it must show there is a need.”

Councilman Steve Lepard said his biggest concerns with the proposed store are overnight parking, lights from the store shining in windows of residences, and delivery trucks idling at the store.

“I’d like to see this project move ahead, but at the same time I’m also concerned that existing property owners… Their lives are going to change, and they didn’t ask for that change,” Council President Rich Focht, who is currently serving as acting mayor while Aaron Montz is on medical leave, said at Tuesday’s meeting.

Council is set to hold a final vote on the ordinance at their next meeting, 7:45 p.m. Feb. 3 at City Hall, 51 E. Market St. The developers of the project are expected to attend the meeting.