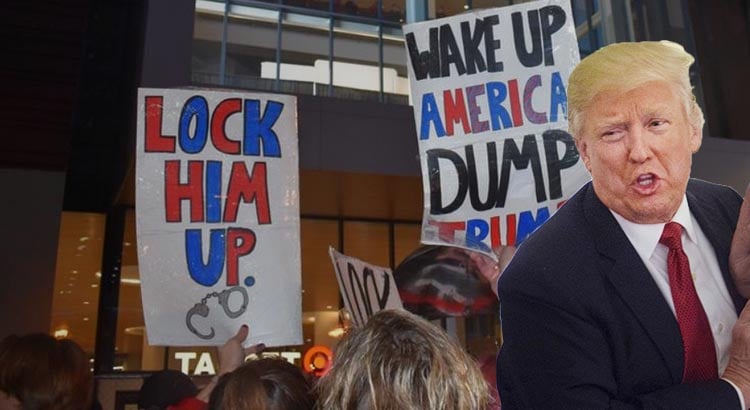 The president, along with Vice President Mike Pence, will host a “Keep America Great Rally” on Thursday, January 9, 2020. The event will be hosted at the Huntington Center at 7:00pm. The doors are scheduled to open at 3:00pm.

The Lucas County Democratic Party is hosting a “Trump Takedown” event. “We want to give him a frigid, you’re-going-to-lose-this-county-by-20-points welcome,” the event description reads.

The county party says it will be supporting allied, peaceful demonstrations by providing shuttles, a warming station, and restrooms.

“Meanwhile, we’ll be having volunteers working the protest crowds to sign up volunteers and register voters,” the event’s description reads.

Planned Parenthood Advocates of Ohio will be hosting a “Make Toledo Anti-Hate Again” event, rallying catty-corner to the main entrance of the Huntington Center.

“Join us to show that Toledo will not tolerate racist, sexist, anti-abortion, extremist candidates and presidents anymore!,” the event description reads.

In addition, a “Trump/Pence #OutNow” rally will be hosted by Refuse Fascism. “Trump is bringing his fascist roadshow to Toledo on January 9. Join those protesting and be part of the #OutNow contingent!,” the event description reads.

Refuse Fascism will be meeting at 4:00 PM at Promenade Park at the corner of N. Summit and Madison in Toledo for a march to the Huntington Center where the president and vice president will be speaking.

“The impeachment of Donald Trump in the House of Representatives is a real advance. For all of us who have looked on in horror as this regime’s crimes escalate—children in cages, environmental protections shredded, violence threatened against political opponents, and more—it is a moment of celebration that at last this fascist criminal is getting a first taste of justice. This greatly heightens the potential for driving out the whole fascist Trump/Pence regime,” the event description reads.

Tickets are free, but attendees must register online to reserve them. There’s a limit of two tickets per cell-phone number.

Trump’s rally will come just weeks after the House held a historic vote making him the third U.S. president in history to be impeached.