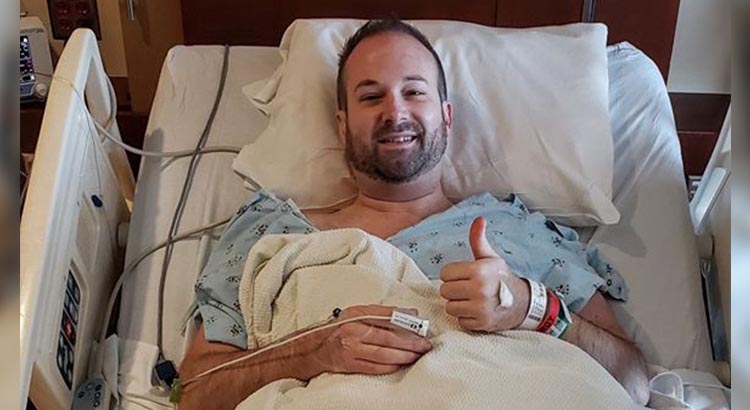 Montz underwent surgery earlier this month and says he is “on the road to recovery.”