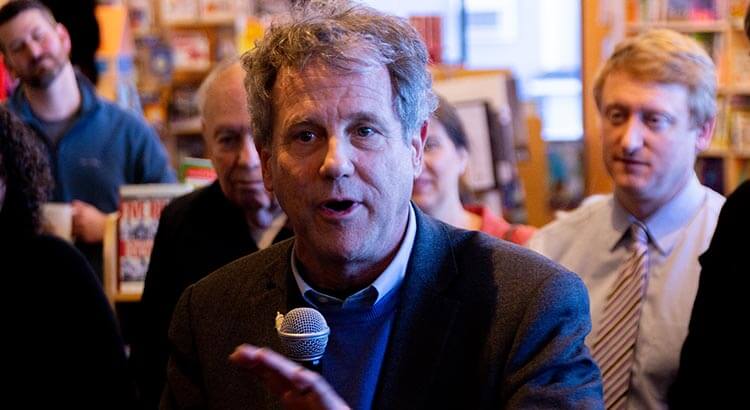 WASHINGTON (Ohio Capital Journal) — Senate Republicans are largely united in their public defense of President Donald Trump as his impeachment trial proceeds in the U.S. Senate.

But that’s not the reality behind closed doors, according to Ohio Democratic Sen. Sherrod Brown.

But Republicans won’t express those views in public because they fear the president’s wrath, Brown said.

“In the end, they’re all afraid that this president is going to criticize them, going to tweet about them, going to come into their states and find a candidate to run against them,” he said.

Brown’s comments came in the midst of the first week of Trump’s Senate impeachment trial, as House impeachment managers were making their opening arguments against the president.

House impeachment managers are expected to wrap up their case against the president on Friday, after which Trump’s lawyers will present his defense, according to the Washington Post.

To convict Trump and remove him from office, Democrats need support from two-thirds of senators present — an unlikely scenario in a chamber controlled by Republicans. Senators’ comments about the issue suggest the president will be acquitted, according to a Post tally.

Brown called the trial a “sham” because it hasn’t featured witnesses or new evidence so far.

That could change, if enough Republicans join Democrats in their push for witness testimony and new documents. So far, a few GOP senators have expressed some level of support for calling witnesses, according to Politico. But Democrats need more support to prevail on the issue and extend the trial.

The comments echoed similar remarks he made earlier this week, in which he accused Senate Majority Leader Mitch McConnell (R-Ky.) of “rigging the system.”

See the original story at the Ohio Capital Journal.