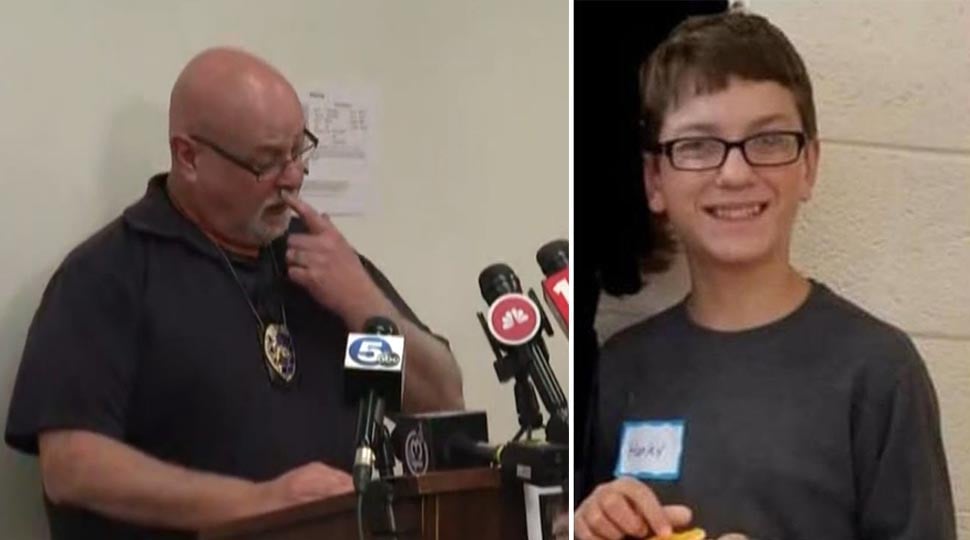 PORT CLINTON, Ohio — Chief Rob Hickman of the Port Clinton Police Department provided an update Wednesday on the ongoing investigation into the death of 14-year-old Harley Dilly, as well as how donations to a reward money fund established while Dilly was still missing will be distributed.

“This investigation is still an ‘open investigation’ pending toxicology reports,” Hickman said Wednesday. “The reward contributions that were received by the Port Clinton Police Department will be utilized as follows:

1. One donor requested that their contribution be returned, which is currently in process.

3. Fresh sympathy pieces (flower arrangements) from family & friends in the community, which totaled $880.00.

4. The remaining $10,694.95 will be donated to the National Center for Missing and Exploited Children, which is currently in process.”

Harley’s father, Marcus Dilly, went to the Port Clinton Police Department just before midnight on Dec. 21 to report him missing.

Harley’s mother, Heather, told police she last saw him Friday morning and thought he left the house and went to school.

After weeks of searching, Harley was later found dead in the chimney of an unoccupied vacation home across the street from the Dilly family home on Jan. 13.

His death was ruled an accident; the coroner stated Harley died of “compressive asphyxia,” which is when the torso is compressed, preventing the lungs from expanding.