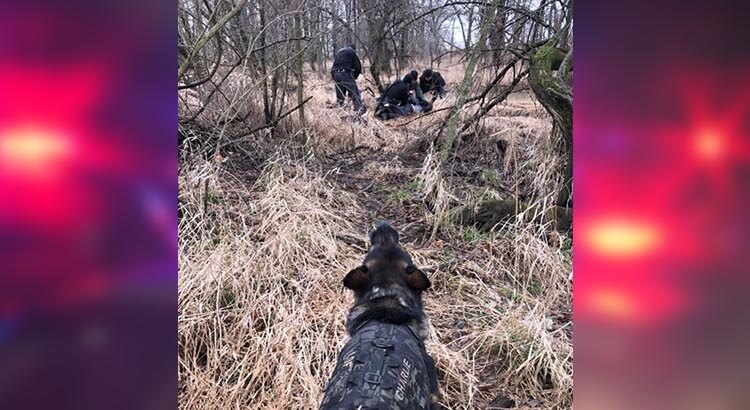 Wyandot County deputies had reported the vehicle drove down a long lane into a woods on CR 273 where they had lost sight of the vehicle. It was also reported that the suspect was believed to be armed.

Hancock County deputies, along with the Ohio State Highway Patrol, set up a perimeter at the scene.

Hancock County’s UAV drone team, along with the Sheriff’s Office K-9 unit, responded to the scene. The suspect was located by the UAV and one of Hancock County’s deputies.

The suspect failed to comply with orders and attempted to flee on foot, according to police. A deputy was able to apprehend the suspect and take him into custody.

23-year-old Luke Bowman was arrested and charged with improper handling of a firearm in a motor vehicle, resisting arrest, and disorderly conduct.

The Wyandot County Sheriff’s Office will also be forwarding charges in their jurisdiction, police said.