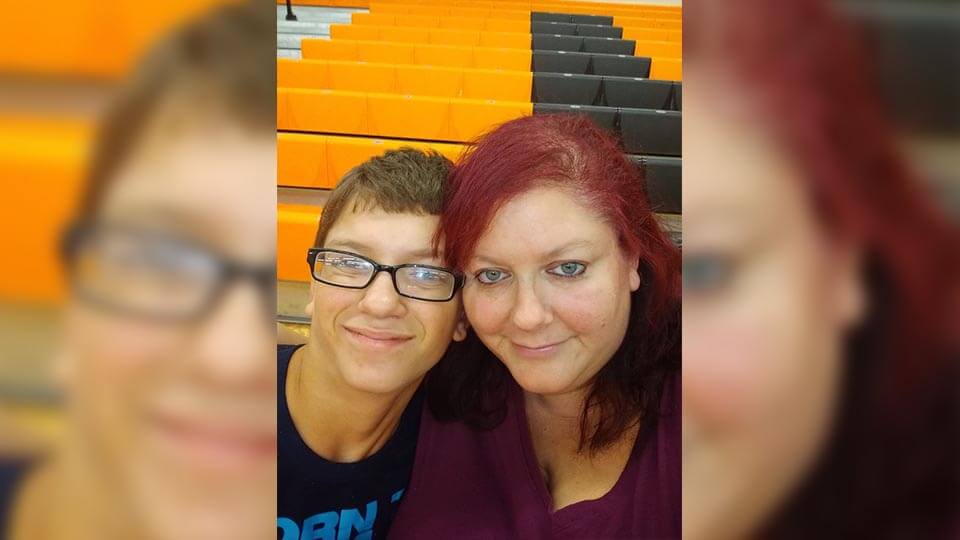 PORT CLINTON, Ohio — The mother of Port Clinton teen Harley Dilly is speaking out in a Facebook post just days after he was found dead in the chimney of an unoccupied vacation home following three weeks in which he was reported missing.

“I haven’t spoke much since the police and FBI came to tell me a body was discovered. I couldn’t, wouldn’t believe it,” Heather Dilly said in the Facebook post.

Harley’s body was found in a chimney early Tuesday morning, and police say it is believed that he attempted to enter the unoccupied vacation home through the chimney and got stuck. Port Clinton Police Chief Rob Hickman said Harley likely climbed an antenna tower to get to the top of the home.

“He isn’t a runaway, or abducted, kidnapped, or missing… he is found and dead!,” Heather continued in her post. “Today we had to go make arrangements at a funeral home for our son, our 14 year old. Who made a choice. He made the choice to climb the antenna of an abandoned home, walk across a roof, to a chimney and attempted to climb down.”

Ottawa County Coroner Dan Cadigan, M.D., said in a statement that the cause of death for Harley was determined as compressive asphyxia.

“There he would of been able to view me leaving every Friday as I do running errands,” Heather continued. “The decision he made, he probably got the idea off all that ‘gaming’ he did with Fortnite. How they climb up things to go into abandoned homes to get treasures. He is gone.”

“If he was trying to run from us as some assume, why then didn’t he go farther, not across the street. He was avoiding going to school. Why we will never know, but kids do that,” Heather stated in the post. “This whole thing could NOT of been avoided.”

Harley was a Freshman at Port Clinton High School.

“You can point the finger at me, us, whatever all you want… The outcome would of been the same either way.  Now you want to crucify me for telling my son to go to school, so be it… But don’t sit there and throw stones in a glass house,” Heather said in the post.

Heather’s post appears to come after an online petition was launched, calling for negligence charges to be filed against Harley’s parents. 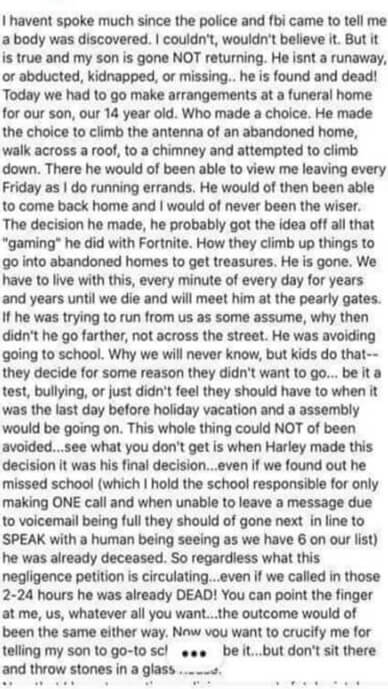 Visitation will be held on Saturday, January 25, 2020 from 11 am until 3 pm at the Gerner-Wolf-Walker Funeral Home & Crematory, 216 Washington Street, Port Clinton, Ohio. Funeral Services for Harley will be private at a later date.

Memorial contributions may be made here for the establishment of a scholarship fund in Harley’s name.

Online condolences may be shared with the family here.