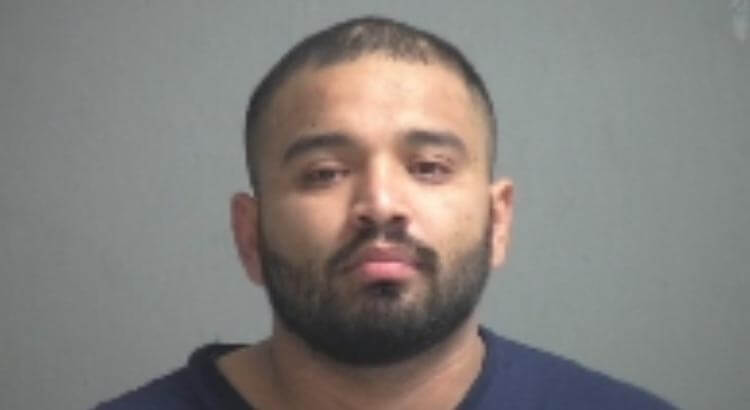 SANDUSKY COUNTY, Ohio — Police say a human smuggler who was wanted by the U.S. Marshals has been captured in Sandusky County.

Monday morning around 6 a.m., Sgt. Kline and Deputy A. Dorsey with the Sandusky County Sheriff’s Office were dispatched to the Shell station on SR 53 at the turnpike for a male subject asleep at the wheel.

Upon arrival, contact was made with the sleeping man. Based on years of experience and specialized drug interdiction training, Sgt. Kline and Deputy Dorsey realized it was not a routine subject they were dealing with, according to Sandusky County Sheriff Christopher Hilton.

The subject provided false information to hide his true identity and several suspicious things were observed in regards to the vehicle, Hilton said.

A K-9 unit at the scene alerted to the presence of narcotics in the vehicle.

Abraham Garza, 26, was detained and the vehicle was transported back to the sheriff’s office for further investigation. It was determined that the man was wanted by the U.S. Marshals for human smuggling and a lengthy violent criminal history.

There was also a compartment found under the hood of the vehicle that had most likely been used to transport drugs and money back and forth across the border, as the man resides in Texas and was en route to New Jersey.

Garza was booked on obstructing official business and possession of narcotics charges.

“Special thanks to the US Border Patrol for their assistance in helping identify the subject,” Sheriff Hilton said.