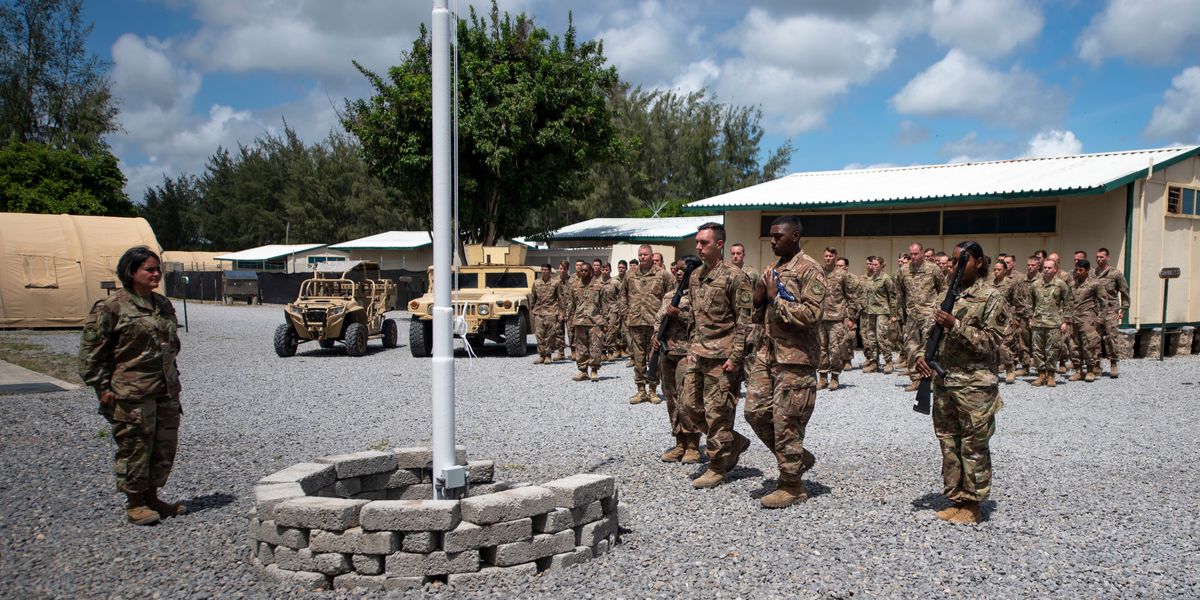 The al-Shabab extremist group said Sunday, Jan. 5, 2020 that it has attacked the Camp Simba military base used by U.S. and Kenyan troops in coastal Kenya, while Kenya's military says the attempted pre-dawn breach was repulsed and at least five attackers were killed. (Source: Staff Sgt. Lexie West)
ShareTweet

During an attack by al-Shabaab, an al-Qaida group in East Africa, earlier today, one (1) U.S. service member and two (2) Department of Defense contractors were killed at a Kenya Defense Force Military Base in Manda Bay, Kenya.

In addition, two (2) Department of Defense members were wounded. The wounded Americans are currently in stable condition and being evacuated.

“Our thoughts and prayers are with the families and friends of our teammates who lost their lives today,” said U.S. Army General Stephen Townsend, commander, U.S. Africa Command. “As we honor their sacrifice, let’s also harden our resolve. Alongside our African and international partners, we will pursue those responsible for this attack and al-Shabaab who seeks to harm Americans and U.S. interests.  We remain committed to preventing al-Shabaab from maintaining a safe haven to plan deadly attacks against the U.S. homeland, East African, and international partners.”

Al-Shabaab senior leaders pledged allegiance to al-Qaeda and are believed to have trained and fought in Afghanistan. In 2008, the U.S. Government designated al-Shabaab as a Foreign Terrorist Organization.

Historically, al-Shabaab has been willing to engage large forces, often using surprise and asymmetric tactics. The terrorist group has expressed the intent to attack the United States homeland and target Americans, but U.S. persistent pressure placed on them constrains their ability to carry out those desires.

The attack on the compound today involved indirect and small arms fire. After an initial penetration of the perimeter, Kenya Defense Forces and U.S. Africa Command repelled the al-Shabaab attack.

Reports indicate that six contractor-operated civilian aircraft were damaged to some degree. Manda Bay Airfield is utilized by U.S. forces whose missions include providing training to our African partners, responding to crises, and protecting U.S. interests in this strategically important area.

“The work that our U.S. forces are doing in East Africa bolsters partnerships, counters malign influence, and maintains critical pressure on terrorist networks,” said Townsend. “Our efforts directly contribute to counterterrorism, maritime surveillance, and intelligence sharing missions with our Kenyan partners. This activity enables enhanced security and stability in the region and for America.”

The desired end state in East Africa is one in which terrorist organizations are not able to threaten the U.S. homeland, U.S. persons, international allies, or destabilize the region.