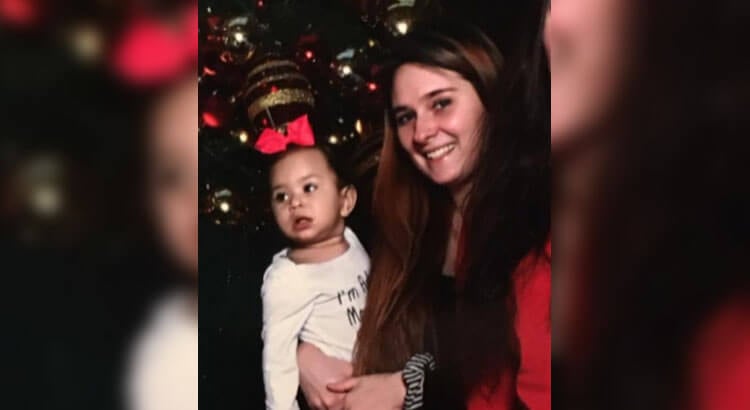 Hayslip told her family she was going to babysit for a friend overnight and would return the next morning. Kyrsten took Aubree with her.

The two were last seen getting into a gray car of unknown make and model that Kyrsten stated was an Uber that she was using to get to her friend’s house.

Aubree is described as biracial with black hair and brown eyes, 2′ and weighing 20 pounds. It is unknown what she was wearing when she went missing.