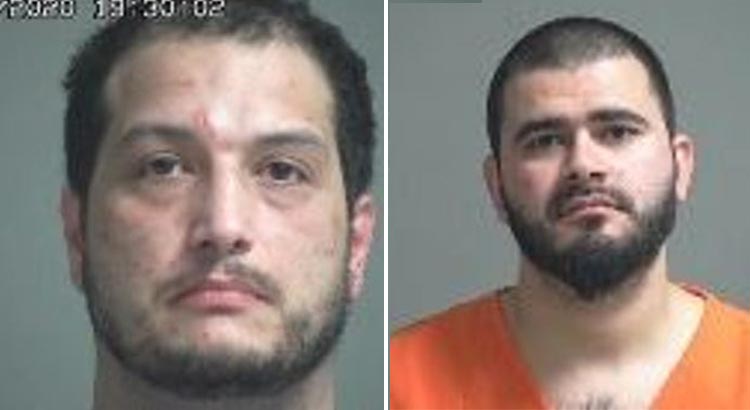 Swain also had active warrants for his arrest.

The Sandusky County Drug Task Force received information Thursday that Swain and Silva would be transporting multiple ounces of methamphetamine.

The task force contacted Fremont Police and the Sandusky County Sheriff’s Office for assistance in conducting a traffic stop.

Christopher Silva is known to the task force, as he is currently under indictment on drug-related charges in Sandusky County and was out on bond.

He drove to the Beer Port on W. State St., Fremont, where he picked up Swain.

Silva then drove southbound on Brush St. where the Fremont Police Department attempted to conduct a traffic stop. The Sandusky County Sheriff’s Office also attempted to assist, when Silva fled the area leading law enforcement on a pursuit going about 100 mph.

During the pursuit, officers observed what appeared to be a plastic bag thrown from the window near Taco Bell at Everett and State Streets in Fremont.

In the 3300 block of W. State St., the passenger side rear tire blew out, causing Silva’s vehicle to travel across the eastbound lane and come to a stop in a yard.

Silva and Swain both exited the vehicle and fled on-foot into a nearby wooded area. The Fremont Police Department’s K-9 unit and the Sandusky County Sheriff’s Office K-9 unit were utilized to apprehend the suspects.

Swain was found in possession of a small amount of suspected methamphetamine, and an additional plastic bag containing approximately one ounce of methamphetamine was located near the path on which he was running.

Swain was transported to ProMedica Memorial after being tased during the foot pursuit.

Both Silva and Swain were arrested and transported to the Sandusky County Jail pending arraignment.

Additional charges will be presented to a Sandusky County grand jury.