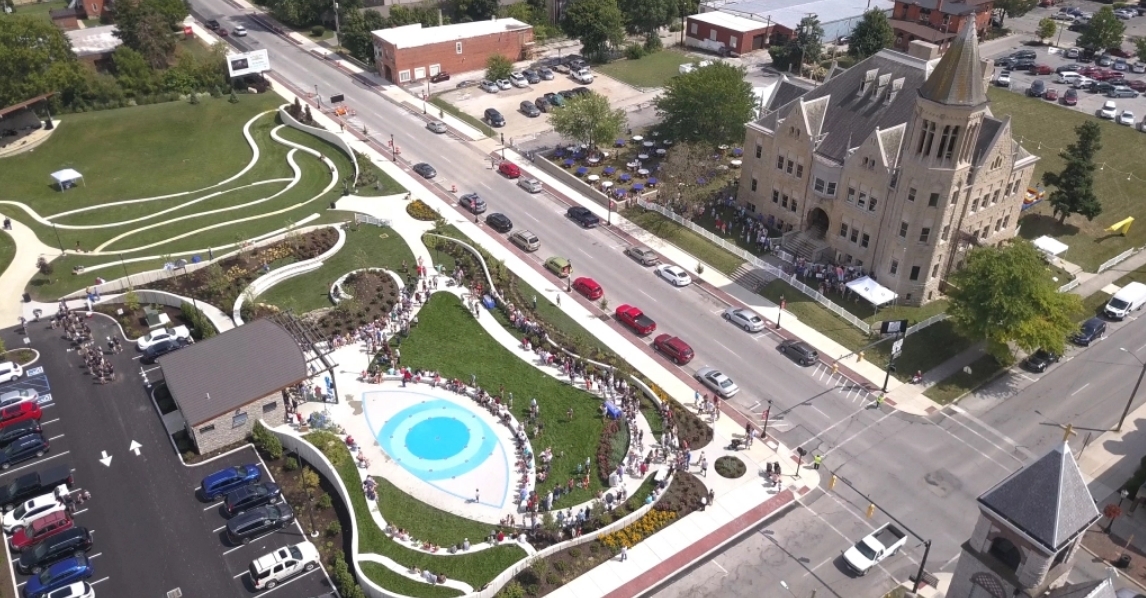 TIFFIN — After a third reading of the controversial legislation, Tiffin City Council on Monday unanimously approved Ordinance 19-75 to waive sewer bills for an approximate one-year period for the East Green Foundation.

Ordinance 19-75, proposed by Councilman Joe Hartzell, of the Second Ward, waives approximately $30,000 in sewer bills for the East Green Foundation for an approximate one-year period, and declares an emergency for doing so.

During public comment, Herbert Faber, an area landlord, spoke out in opposition to the ordinance at Monday evening’s meeting, with comments Councilman Joe Hartzell suggested were “out of line.”

“I don’t know what the so-called emergency is to relieve somebody of a sewer bill,” Faber said. “Every other property owner that doesn’t pay their sewer bill, it goes onto their taxes.”

Faber went onto accuse council of “not caring” if landlords get stuck with sewer bills.

“If [the East Green Foundation] takes this money, they’re not any better than a welfare recipient who is able-bodied and taking the money. [Council members] are nothing but extortionists taking money from people who pay into their sewer bills, and giving it to somebody who certainly doesn’t need it,” Faber said.

Councilman Ben Gillig stated before voting that he initially had some concern over the ordinance.

“However, the more you delve into it, we’re looking at a very substantial, very generous investment through a philanthropist, and other issue that have arisen, be it the sewer bills for landlords, I completely understand the frustration. But this is apples and oranges,” Gillig said. “It’s a jewel in our downtown community. We’re looking at this for a one-year agreement.”

Tiffin-Seneca Economic Partnership CEO David Zak spoke out in support of the ordinance. “This is a community development project, it is designed to fit the 2016 strategic growth and development plan,” Zak said. “This is a public-private partnership.”

At-large Councilman Steve Lepard asked those in opposition to the ordinance if they would suggest cutting off public access to other recreational activities.

“Do you suggest that we close the swimming pool, because we lose thousands and thousands of dollars every year? Should we charge admission to our fireworks? Should we charge walkers at Oakley and Hedges-Boyer 25 cents for every lap they walk? These are questions I have,” Lepard said.

All 7 members of council voted to approve the emergency and the ordinance itself.

The East Green Foundation is a registered Ohio non-profit organization started by Tiffin-based investor Andrew Kalnow. The East Green complex consists of the Frost-Kalnow Amphitheater, 155 E. Market St., where musical concerts and other events are held free for the public, and the National Corner park, 137 E. Market St., which is open to the public and includes a splash pad, grass and tree areas, and public restrooms.

Ordinance 19-75 states that the park, especially the splash pad, was “wildly successful” during its first summer season, with many children and families using the park well into the evening hours. As a result, water usage and sewer bills “exceeded expectations.”

Since the East Green is operated as a public park free of charge for anyone in the community to use and enjoy, Hartzell proposes in his ordinance that the city should utilize section 3.017 of the Tiffin City Charter, which gives the city power to establish rates for sewer service as well as the ability to waive and/or exempt sewer bills as it may determine.

The ordinance proposes that the bills for East Green Foundation’s sewer account for service from June 1, 2019 through November 1, 2020 would be waived as long as the park remains open to the public without charge. In addition, the East Green Foundation would have to demonstrate an effort to pursue economically viable alternatives to reduce the metered usage of water subject to sewer fees.

According to Hartzell’s ordinance, the city should determine that the situation is an emergency because the current sewer bill for 2019 is due.

Local landlord and former Tiffin City Council candidate Nancy Grandillo spoke out against the proposed ordinance during the second reading of the ordinance earlier this month, stating that she was also speaking out on behalf of other local landlords who weren’t able to attend.

“It’s not uncommon for us landlords to be stuck with large amounts of unpaid sewer bills at the end of August. These unpaid amounts go onto our tax bills for the following year, and of course, interest is added,” Grandillo said.

Grandillo stated that the proposed ordinance is a “real slap in the face for all landlords who provide housing for the citizens of Tiffin, and most of whom use the rental income to supplement their own incomes.”

“From our seats, it looks like a favor to a wealthy developer given by this administration,” Grandillo said. “An administration who frequently claims to save taxpayers’ money.”

Grandillo questioned the stipulation in the ordinance that would require East Green to demonstrate an effort to seek out economically viable alternatives to reduce water usage. “One of your members even had the audacity to suggest that Tiffin could never be able to afford such a beautiful park, instead this one-time forgiveness will keep the park open this next season. What is our guarantee? The city doesn’t own this park. What is the worst case scenario; the splash pad won’t open for next year? It wouldn’t be the fault of the city,” Grandillo said.

Grandillo suggested that council instead use the approximately $30,000 in funds to pay for low-income residents to use the city pool, study the flooding issue at the end of Harvest Lane, or other concerns.

“This body answers to the voters,” Grandillo said to council members and the city administration.