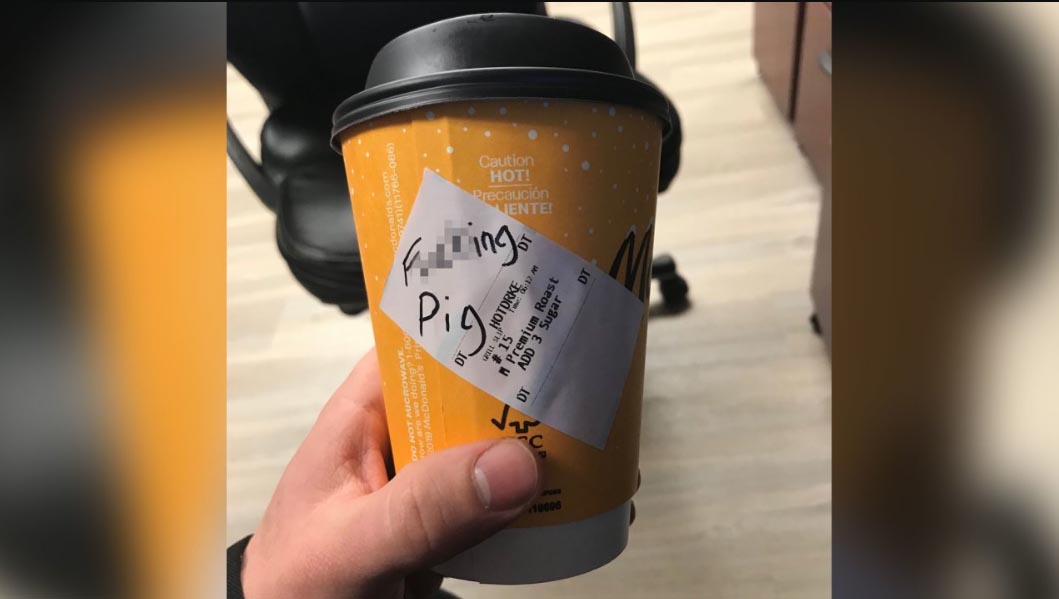 A Kansas police officer has resigned after an investigation revealed he lied about a fast-food employee writing “F—ing pig” on the receipt to his coffee cup.

In a Facebook post that went viral over the past weekend, Herington Police Chief Brian Hornaday shared that one of his officers purchased a coffee at an area McDonald’s only to find a receipt with the words “f***ing pig” attached. In the post, which has since been deleted, Hornaday wrote the McDonald’s apologized to the officer and offered a free lunch, according to a screen capture by local news outlet KSNT. “No thank you,” he wrote. “A Big Mac and large fries doesn’t make up for [the slur].”

Dana Cook, the owner of the McDonald’s, said in a written statement that the restaurant has security video that proved none of its employees wrote the words. Cook looked at the surveillance footage from multiple angles which unequivocally exonerated everyone at the McDonald’s store in Junction City, Kansas.

The police chief said the department’s investigation concluded that the incident was “meant to be a joke.”

The incident, the chief said, has been an “obvious violation of … public trust.”

He did not release the officer’s name, saying the matter was now “a personnel issue.” He said the officer was a resident of Junction City and had been with the department for about two months. He is not facing any criminal charges at this time, Hornaday said.

The controversy followed the November firing of a Starbucks employee in Oklahoma after a police officer there received coffee with “pig” written on it.