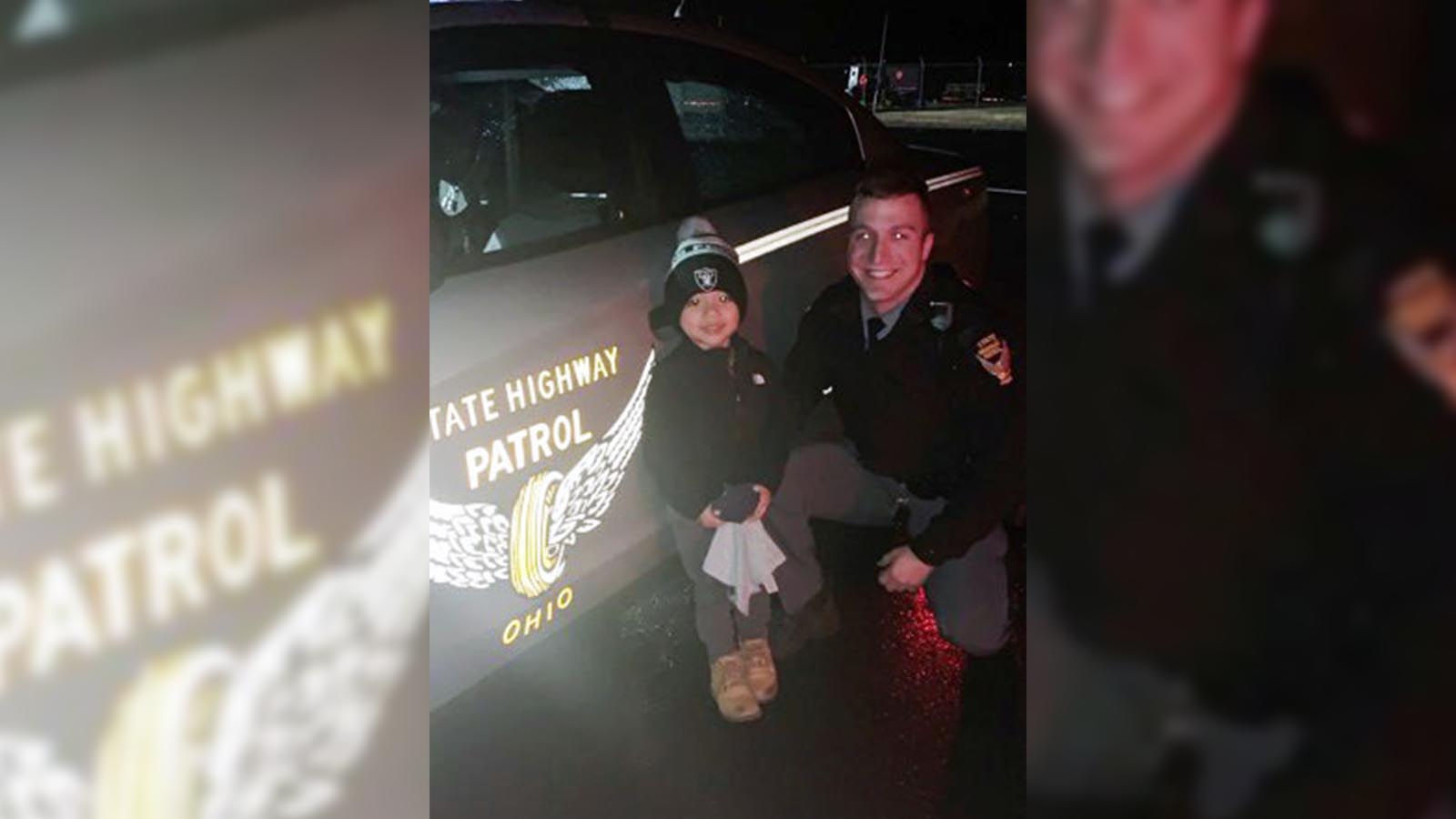 An Ohio mother is thanking an Ohio State Highway Patrol trooper for helping her son find a beloved toy.

The Ohio State Highway Patrol shared their story to Facebook on Monday after a woman named Leah Sharkey thanked Trooper Alex Schlottag for his help.

Sharkey posted on Facebook that she and her son were driving home from Michigan on the Turnpike when he put his “booboo” out the window as they were going 77 mph.

Sharkey said she pulled over as soon as her son alerted her to the missing “Booboo.” She even drove about a half-mile in reverse in the side lane, until Trooper Schlottag stopped her.

“Next thing i know hes screaming “mommy my booboo!” i pulled over as soon as i could to check and see if he was anywhere in the backseat and of course he was not! what do i do now?” said Sharkey.

She said she put the car in reverse on the side land to go back a little bit. She got 1/2 mile before a trooper stopped her. The trooper took her number and said he would try to find it and give her a call back.

About a half hour later, he called with the good news that he had found the missing toy, and Sharkey’s son was soon reunited with “Booboo.”

“THANK YOU SO MUCH TO OFFICER ALEX SCHLOTTAG OF THE OHIO STATE PATROL, you have no idea how much it meant to him and i both, we will never forget this ?” said Sharkey.