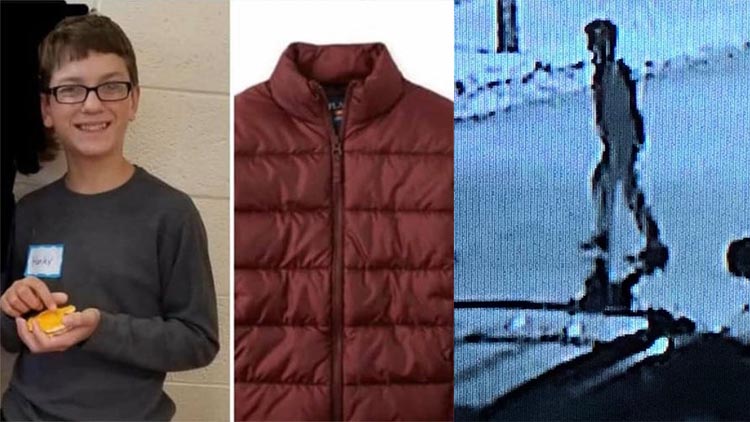 Authorities have no reason to believe Harley Dilly’s disappearance is the result of an abduction, Port Clinton Chief of Police Rob Hickman said during a news conference Thursday. As of now, authorities have very few leads to work with and are “at a standstill,” according to Hickman.

Hickman said 75 law enforcement officers have assisted in the search efforts so far, which are continuing into Thursday evening. The Ohio State Highway Patrol is providing air support with helicopters, and local authorities are being assisted by agents from U.S. Border Patrol and the U.S. Marshals Service.

Officers have been called to the Dilly home previously after the teen left his home during arguments with family, according to Hickman. Harley didn’t return until the next morning in the previous case(s), Hickman said.

The search is statewide at this point, but could be expanded nationally if Harley is not found within an undisclosed time frame, Hickman said.

Dilly’s parents have been fully cooperative in the investigation, Hickman noted. He would not comment on whether Dilly was diagnosed with any mental or behavioral issues.

Dilly has an older sister who lives out-of-state, and authorities have searched her home and found no evidence that Harley made his way there, Hickman said.

On Wednesday, authorities released a photo from surveillance footage which they believe shows Harley Dilly on the morning of Friday, December 20. “Due to the sensitive nature of this investigation, the photograph was taken in the area between Harley’s residence on E. 5th Street and the Port Clinton High & Middle School campus,” police said.

Hickman said there is now over $9,000 in reward money for information leading to the safe return of Harley, and more have come forward asking to donate to the reward fund.

The Sandusky Co-Founder of Bikers Against Abused and Neglected Children has donated $2,000, matching the reward from Port Clinton police and Ottawa County Prosecutor James VanErten.

According to a post on Facebook from the Port Clinton Police Department, Harley was last seen leaving for school on Friday, December 20 just before 7 a.m.

Harley is described as 101 pounds, 4’9″, and was last seen wearing a maroon puffer jacket.