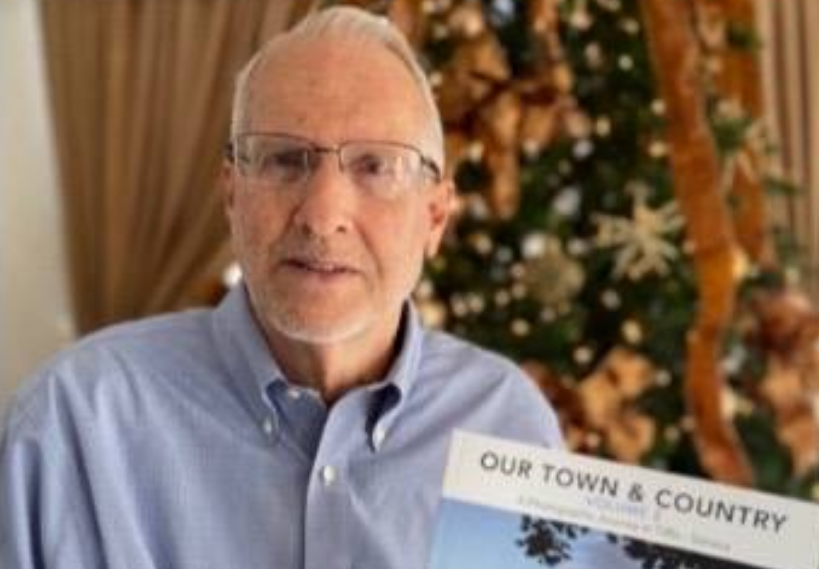 TIFFIN — Tiffin-based investor Andrew Kalnow is set to appear at a signing event for his book, Our Town & Country Volume 2, this weekend amid heated discussion among community members over his non-profit foundation’s past due sewer bill with the city of Tiffin.

According to a Facebook event by Simply Susan’s, Kalnow will appear at the store, 70 S. Washington St., on Saturday from 11:30 AM until 1:30 PM.

“Stop in to Simply Susan’s after the Christmas parade to purchase your copy of Our Town & Country Volume 2 and have it signed by Andrew Kalnow,” the event description reads.

A recent city ordinance proposed by Councilman Joe Hartzell, of the Second Ward, is drawing criticism from residents, even being described as a “favor to a wealthy developer.”

In their Monday evening meeting, Tiffin City Council held a second reading of Ordinance 19-75, which would waive approximately $30,000 in sewer bills for the East Green Foundation for an approximate 1 year period, and declare an emergency for doing so.

The East Green Foundation is a registered Ohio non-profit organization started by Kalnow. The East Green complex consists of the Frost-Kalnow Amphitheater, 155 E. Market St., where musical concerts and other events are held free for the public, and the National Corner park, 137 E. Market St., which is open to the public and includes a splash pad, grass and tree areas, and public restrooms.

The proposed ordinance states that the park, especially the splash pad, was “wildly successful” during its first summer season, with many children and families using the park well into the evening hours. As a result, water usage and sewer bills “exceeded expectations.”

Since the East Green is operated as a public park free of charge for anyone in the community to use and enjoy, Hartzell proposes in his ordinance that the city should utilize section 3.017 of the Tiffin City Charter, which gives the city power to establish rates for sewer service as well as the ability to waive and/or exempt sewer bills as it may determine.

The ordinance proposes that the bills for East Green Foundation’s sewer account for service from June 1, 2019 through November 1, 2020 would be waived as long as the park remains open to the public without charge. In addition, the East Green Foundation would have to demonstrate an effort to pursue economically viable alternatives to reduce the metered usage of water subject to sewer fees.

According to Hartzell’s ordinance, the city should determine that the situation is an emergency because the current sewer bill for 2019 is due.

Local landlord and former Tiffin City Council candidate Nancy Grandillo spoke out against the proposed ordinance at Monday evening’s meeting, stating that she was also speaking out on behalf of other local landlords who weren’t able to attend.

“It’s not uncommon for us landlords to be stuck with large amounts of unpaid sewer bills at the end of August. These unpaid amounts go onto our tax bills for the following year, and of course, interest is added,” Grandillo said.

Grandillo stated that the proposed ordinance is a “real slap in the face for all landlords who provide housing for the citizens of Tiffin, and most of whom use the rental income to supplement their own incomes.”

“From our seats, it looks like a favor to a wealthy developer given by this administration,” Grandillo said. “An administration who frequently claims to save taxpayers’ money.”

Grandillo questioned the stipulation in the ordinance that would require East Green to demonstrate an effort to seek out economically viable alternatives to reduce water usage. “One of your members even had the audacity to suggest that Tiffin could never be able to afford such a beautiful park, instead this one-time forgiveness will keep the park open this next season. What is our guarantee? The city doesn’t own this park. What is the worst case scenario; the splash pad won’t open for next year? It wouldn’t be the fault of the city,” Grandillo said.

Grandillo suggested that council instead use the approximately $30,000 in funds to pay for low-income residents to use the city pool, study the flooding issue at the end of Harvest Lane, or other concerns.

“This body answers to the voters,” Grandillo said to council members and the city administration.

Herbert Faber, another area landlord, criticized the proposed ordinance at the meeting. “I too have been stiffed with sewer bills, and I just don’t think this is the right way to do things. Giving someone who doesn’t really need the money, $30,000,” Faber commented.

Discussion over the ordinance will likely continue before a final vote.